Government to discuss lifting state of disaster as all provinces reach the peak of the fourth wave. 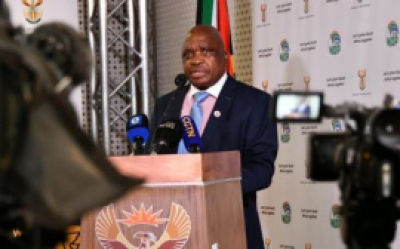 Addressing a media briefing on Friday (14 January), Phaahla said a team comprised of members from the Department of Health, the Department of Cooperative Governance and Traditional Affairs, and the Department of Justice have been tasked with developing the possible proposals – which are largely expected to be introduced under the Health Act.

This team will make a presentation to the National Coronavirus Command Council and Cabinet within the next seven days, and depending on these discussions, further changes could be announced by president Cyril Ramaphosa, Phaahla said.

While Phaahla noted calls by civil society groups and opposition parties to lift the state of disaster, he said that the government would not be 'rushed' into lifting the regulations as they are still necessary for addressing the ongoing pandemic.

While the national state of disaster was initially set to lapse on 15 June 2020, legislation provides that it can be extended by the Cooperative Governance and Traditional Affairs minister by notice in the gazette for one month at a time before it lapses.

Phaahla said that all provinces have now reached the peak of the fourth wave, while Gauteng has officially exited its fourth wave.

In the first week of 2022, South Africa saw a 13.9% reduction in the number of new cases with 46,680 cases reported compared to the 54,191 cases seen a week prior, the health minister said. Over this time period, the Western Cape had the highest number of new cases followed by KwaZulu-Natal and then Gauteng. All other provinces accounted for only 11% of new cases.

"The national recovery rate is very encouraging now standing at 94% and current active cases as of yesterday stand at 106 883 which is a 22.7% reduction of active cases compared to 24 hours earlier.

"The positivity rate of tests has gone down from the highest in the middle of December of 25-30% to 14% which is still high, we want to get down to less than 5% which will indicate stability."

More in this category: « Mantashe makes his stance on new energy plans for the country clear. NPA confirms parliament fire accused Zandile Mafe is set to apply for bail. »
back to top