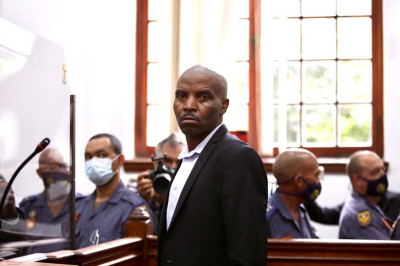 Zandile Mafe's accused of setting fire to Parliament will have to wait until next Saturday for a decision on whether he will be granted bail.

Mafe’s defence team called for an urgent bail application on Saturday at 11am at the Western Cape High Court.

The court was expected to hear an urgent bail application by Mafe’s defence team, but this did not take place.

It will first have to challenge Mafe’s 30-day referral to the Valkenberg psychiatric hospital.

Spokesperson for the National Prosecuting Authority in the Western Cape Eric Ntabazalila says the first application will be heard on Tuesday.

"The bail application did not take place because there is an issue of the referral of Mr Mafe to Valkenburg psychiatry hospital. So, the defence will amend its motion to include that it wants to challenge that referral to Valkenberg. So we have to deal with that first.

Mafe, 49, stands accused of multiple charges including arson and terrorism related to the fire that broke out at Parliament's National Assembly building near the court on 2 January.

The main front door was locked and guarded by police. Keerom and Leeuwen Street were cordoned off by police too.

More in this category: « Sihle Zikalala condemns the proliferation of counterfeit goods. Livestream:Funeral service of ANC's Pule Mlambo. »
back to top