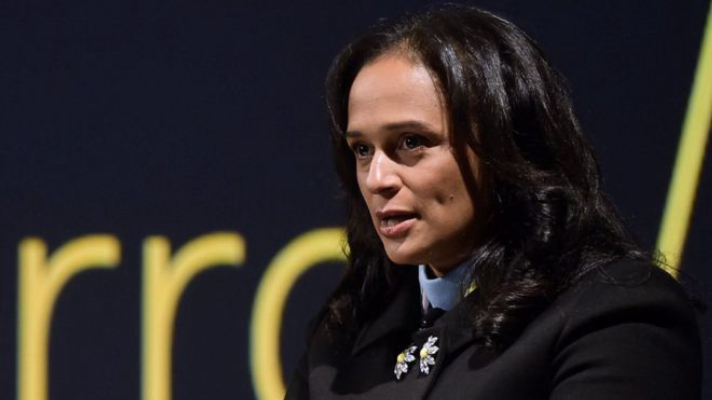 Isabel dos Santos has been named as a suspect in an investigation over alleged mismanagement during her time as chairwoman of Sonangol, Angola’s state oil company, a position she was appointed to by her father, ex-President Jose Eduardo dos Santos.

The inquiry covers the period that Dos Santos served as chair of Sonangol, from June 2016 to November 2017, when she was fired by her father’s successor, Joao Lourenco.

Earlier this month, a court in Angola froze her assets and bank accounts.

However Dos Santos has vowed that she was ready to fight against what she called "misleading and untrue" allegations,she said in a statement issued through a public relations firm.

In her statement,She said the "stolen" documents had been leaked "selectively to give a false impression of my business activities".

She added: "I am ready to fight through the international courts to defend my good name.

Among those named by the prosecutor are Mario Leite da Silva, an executive with close ties to Isabel dos Santos and chairman of Banco de Fomento Angola, and Paula Olveira, the owner of Dubai-based consulting firm Matter Business Solutions. Da Silva stepped down Thursday, BFA said in a statement following the prosecutor’s announcement. Isabel dos Santos holds a 25% stake in Angola telecommunications company Unitel, which has a majority stake in BFA.

EuroBic bank said in a separate statement that Dos Santos has decided to sell her 42.5% stake.

Tweet
More in this category: « Deputy Chief Justice Raymond Zondo believes his application for an extension of the commission will be successful. Queen Elizabeth II has signed off on Prime Minister Boris Johnson's Brexit deal. »
back to top