Kobe Bryant, 41, the legendary basketball star was killed when the helicopter he was traveling in crashed and burst into flames Sunday morning amid foggy conditions in the hills above Calabasas,according to the sources.

His daughter Gianna, 13, was also on board and died along with three others.

There were no survivors in the crash around 10 a.m. in Calabasas, Los Angeles, according to the Los Angeles County Sheriff’s Department. The three other people killed were a teammate of Gianna’s, the teammate’s parent and the pilot. An investigation is ongoing. 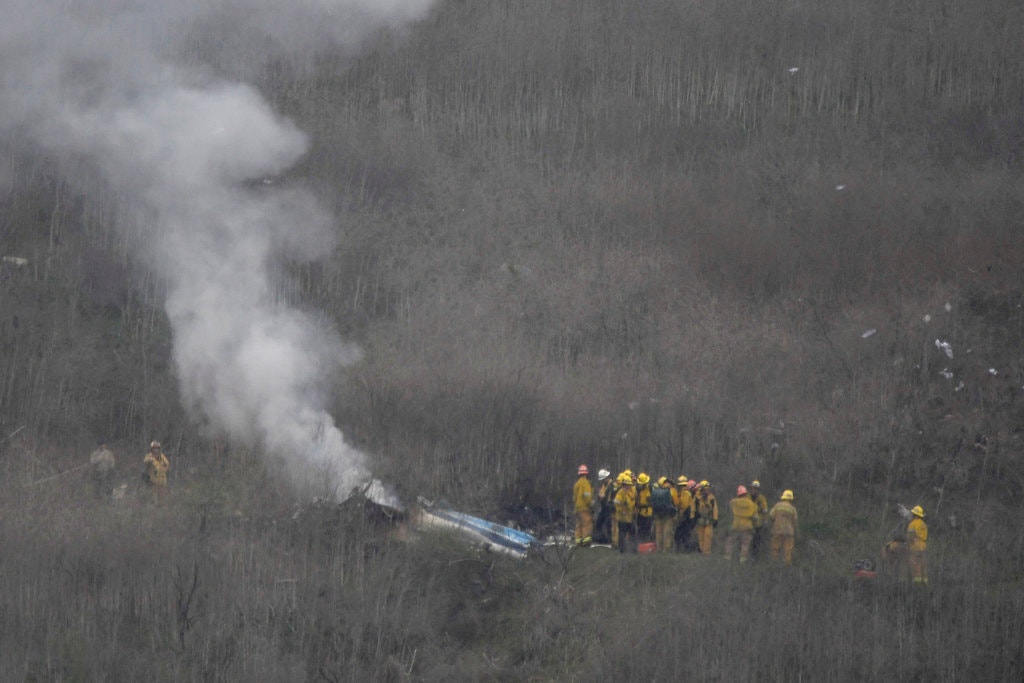 Los Angeles County firefighters on the scene of a helicopter crash in Calabasas.Credit...Gene Blevins/Reuters

Sources said the helicopter took off from Orange County, where Bryant lived.

Bryant, 41, played for 20 years with the Los Angeles Lakers and is considered one of the best basketball players of all time. He won five NBA championships, was an 18-time All-Star and is fourth on the NBA’s all-time scoring list.

He retired in 2016, and was scheduled to headline the 2020 NBA Hall of Fame nominees. Bryant had four daughters with his wife Vanessa — Gianna, Natalia, Bianca and Capri. His father, Joe Bryant, was also a professional basketball player, and played with teams including the Philadelphia 76ers, the San Diego Clippers and the Houston Rockets.

It is with great sadness that we learn of the death of Kobe Bryant and four others in a helicopter crash in Calabasas. The aircraft went down in a remote field off Las Virgenes around 10:00 this morning. Nobody on the ground was hurt. The FAA and NTSB are investigating.

Tweet
More in this category: « NBA Basketball icon Kobe Bryant, 41, has reportedly died in a helicopter crash in Calabasas. Shaquille O’Neal leads tributes as sporting world mourns the NBA legend after helicopter crash. »
back to top