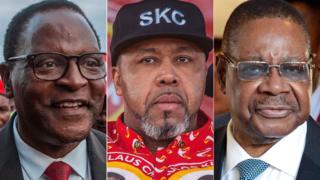 The incumbent president, Peter Mutharika, was declared the narrow winner of the May election.

In their ruling, which lasted about 10 hours, a panel of five judges comprising ordered a fresh presidential election to be held within 150 days.

The 500-page ruling cited the widespread use of unauthorised correctional fluid, Tippex, to alter figures, the use of duplicate result sheets and unsigned results forms as cases that compromised the outcome of the elections.

"The position of this court is that the widespread use of Tippex greatly undermined the integrity of the elections so much that applying the qualitative approach, the argument by the second respondent (Malawi Electoral Commission) that the valid vote count was not affected and that no monitor came forward to raise a complaint does not matter and this argument is thrown out", the ruling stated.

The court further ordered that the new elections be held under a majoritarian system, a legal provision which was rejected by the Malawi Parliament some two years ago, who instead opted for simple majority system.

Malawi Electoral Commission (MEC) had declared President Peter Mutharika the narrow winner of the May election with 38 percent of votes, followed by Lazarus Chakwera with 35 percent and former Vice President Saulos Chilima third with 20 percent.

The four other candidates collectively got nearly 6 percent.

Tweet
More in this category: « Daniel arap Moi, the second president of the Republic of Kenya has died. Donald Trump acquitted of all charges in Senate impeachment trial. »
back to top