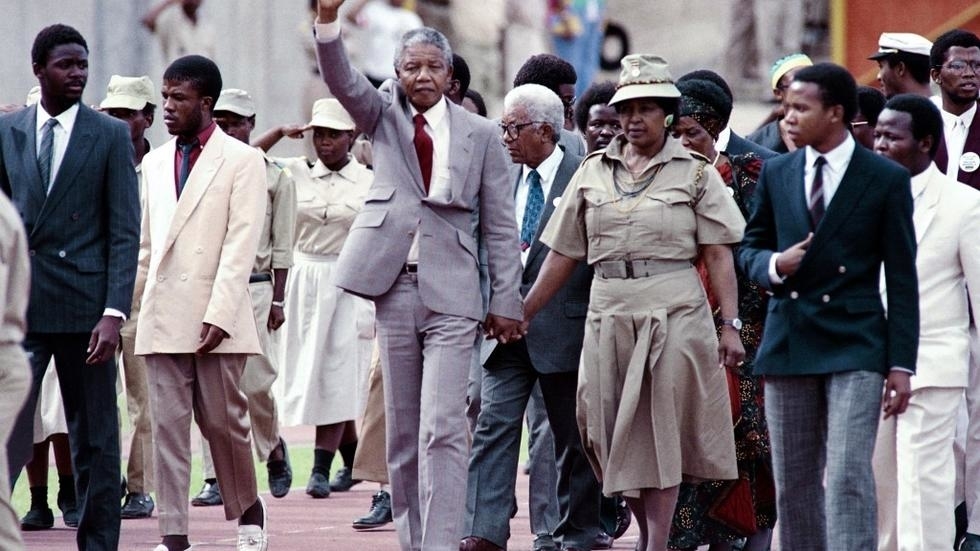 Today,February 11, 1990, was the day millions of black South Africans had been waiting decades for.

Thousands of excited supporters held back by police had lined up, all trying to get a glimpse of their just-freed leader who had spent 27 years in prison for fighting against the country's discriminatory apartheid system of racial segregation.

Mandela was finally a free man and at that moment, South Africa changed forever.

The inspirational and globally revered leader stepped down after serving one term as head of state and officially retired from public life in 2004. He died at the age of 95 on December 5, 2013.

The Nelson Mandela Foundation will host three events in the province that will highlight the "new prisons of Africa".

On its website, the foundation said the "prisons" ranged from physical prisons that were the site of high levels of incarceration and the failures of restorative justice to the effective prisons that defined people's lives.

President Cyril Ramaphosa is also expected give an address from Cape Town City Hall's balcony, where Mandela gave his first speech after his release from prison, between 14:30 and 16:30.

In his Monday morning newsletter, Ramaphosa commemorated the release of the former president and ANC leader.

He said while the country's democracy was "well-entrenched" with robust and durable institutions and the lives of people had improved over the past 25 years since the first democratic elections, more needed to be done.

"Yet, there is so much further we need to travel. Inequality, especially as defined by race and gender, remains among the highest in the world.

"Unemployment is deepening and poverty is widespread. Violence, including the violence that men perpetrate against women, continues to ravage our communities. In confronting these challenges, it is vital that we remain united," Ramaphosa said.

Tweet
More in this category: « Eskom: Encouraged that the application for tariff hikes was dismissed on urgency, not merit. The unemployment rate remains unchanged in South Africa. »
back to top