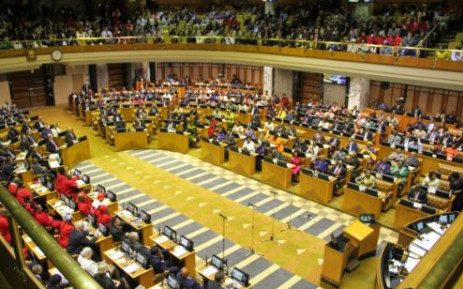 National Assembly Speaker Thandi Modise has suspended the House ahead of President Cyril Ramaphosa's State of the Nation Address due to the disruptions by the Economic Freedom Fighters.

She said that she would ring the bell to inform Members of Parliament when they would reconvene.

EFF leader Julius Malema had earlier supported the idea that parliament should adjourn so that party chief whips could consult and find a solution.

Modise said they were disrupting the business of the day and would not allow it to continue any further and she would not take any further points of order.

The EFF then said that if Modise wanted a peaceful Sona, she should adjourn the sitting of parliament so that Ramaphosa’s could fire Gordhan, and then they would not interrupt Sona any further.

Disruption, argument and insults followed before Modise eventually said she would not take any more points of order.