Alleged passport fraudsters to remain in custody after case postponed. 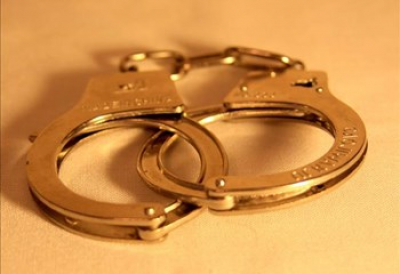 At least 27 people alleged to be involved in a fraudulent passport syndicate have appeared in the Krugersdorp Magistrate’s Court on charges of corruption.

National Prosecuting Authority (NPA) Gauteng regional spokesperson, Phindi Mjonondwane, explained that the alleged syndicate relied on South Africans selling their identities to them in exchange for a sum of money.

"Law enforcement authorities received a tip-off about the alleged passport making syndicate that works with Home Affairs officials, to identify South Africans that are willing to sell their identities for R500. The SA citizen’s details would then be used to produce a passport for foreign nationals and be sold at R40 000 each," she said.

"The sting operation was conducted at the offices of the Krugersdorp Department of Home Affairs in the early hours of [last week] Friday," she said.

The alleged fraudsters are expected back in court on April 5 for bail preparation investigations.

The accused will remain in custody until their next appearance.

This is because of the collaboration between the Department of Home Affairs and the United Nations High Commissioner for Refugees (UNHCR).

This is the first group of approximately 400 refugees who have expressed a desire to return to the DRC. Individual reviews carried out by UNHCR have ensured that returns are voluntary and that the refugees will return in safety and dignity.

The department and the UNHCR are collaborating to implement the outcome of the Durable Solutions in the joint agreement following the High Level Bilateral Meeting held on 25 January 2022.

Facilitating voluntary repatriation, which includes countries of origin taking responsibility for their nationals by facilitating their arrival home, is one of the key outcomes of the January meeting.

"Progressive partnerships will help us to resolve some of the challenges around the international protection afforded to vulnerable people.

"The voluntary repatriation process is also an example of how personal circumstances of vulnerable people can change to an extent that they can return to their home countries when the conditions allow, "Motsoaledi said.

"We are very grateful to the government of South Africa for its generosity in providing sanctuary to people fleeing violence, persecution and human rights abuses and for supporting this group of Congolese refugees to safely go home," said, UNHCR’s Regional Bureau Director for Southern Africa, Valentin Tapsoba.

The refugees are returning to the capital Kinshasa and the city of Lubumbashi, in the south-east of the country, areas considered safe for refugees to return to.

Before commencing their journey, all refugees undertook rapid testing for COVID-19. On arrival in the DRC, returning families are given cash assistance to help them restart their lives, in addition to a transport allowance.

Elsewhere, two men have been sentenced to life in prison for the murder of a 79-year-old woman in the Eastern Cape.

According to Eastern Cape NPA spokesperson, Luxolo Tyali, Mzoxolo Mpanda and Mluleki Madikizela carried out a hit on the order of the elderly woman’s neighbour who "believed she was practising witchcraft".

"Mhlanyukwa Msongelwa paid Mpinda and Madikizela, as well as their accomplice Nathi Njilo an amount of R250 000 and a cow to have the grandmother killed. Njilo became the state witness in terms of Section 204 of the Criminal Procedure Act.

"On the night of 12 May 2019, the three men attacked the now deceased while she was sleeping at her home with her daughter and grandchildren. Msongelwa died after a stroke attack while in custody awaiting trial, "Tyali said.