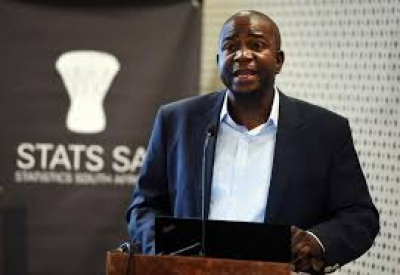 This is the highest point since the Quarterly Labour Force Survey (QLFS) was started, the statistics body said in a statement on Tuesday (29 March).

Over the period, South Africa’s working-age population increased by 140,000 people, while approximately 400,000 previously not economically people re-entered the workforce.

Of these, 260,000 people found employment, while 280,000 remained unemployed. The specific data points are:

The number of discouraged work-seekers decreased by 56,000 (1.4%) and the number of people who were not economically active for reasons other than discouragement decreased by 341,000 (2.4%) between the two quarters, Stats SA said.

While both the unemployed and employed figures increased, the data shows that South Africa is simply not creating enough jobs for new entrants or to make up for existing losses.

"These changes in the labour market resulted in the official unemployment rate increasing by 0.4 of a percentage point from 34.9% in the third quarter of 2021 to 35.3% in the fourth quarter of 2021 – the highest since the start of the QLFS in 2008," Statistics South Africa said.

"The unemployment rate according to the expanded definition of unemployment decreased by 0.4 of a percentage point to 46.2% in Q4 2021 compared to Q3 2021."

The formal sector in South Africa accounts for 67,2% of total employment.

However, the data also shows that the level of a person’s education has a direct impact on their ability to find work. The graduate’s unemployment rate (11.8%) is 23.5% points lower than the national official unemployment rate.

More in this category: « Nelson Mandela Bay ANC chief whip of council Bicks Ndoni has passed away. Update:Enoch Mpianzi's family has accepted an offer from the South African Human Rights Commission. »
back to top