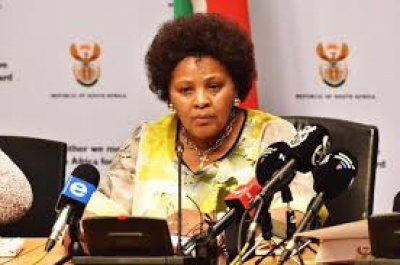 The National Assembly (NA) Speaker, Nosiviwe Mapisa-Nqakula, has welcomed the Western Cape High Court’s ruling striking off the roll the African Transformation Movement’s (ATM) application to have a secret ballot in the motion of no confidence against the President.

The court decision follows ATM urgent application requesting for a closed vote on the motion.

The Speaker had previously declined on two occasions, after considering the guidance contained in the 2017 Constitutional Court Judgment, in the case between the United Democratic Movement vs Speaker of the National Assembly and others.

Parliamentary spokesperson, Moloto Mothapo, said in its letter dated 11 February 2022, the ATM had requested the Speaker to reconsider its request following the ruling of the Supreme Court of Appeal (SCA) in December 2021.

"The SCA, in December 2021, set aside the Western Cape High Court judgement that upheld the Speaker’s decision not to grant secret ballot to the ATM.  The SCA found that the Speaker erred in placing an onus on the ATM to prove that the prevailing circumstances justified that a secret ballot procedure was warranted, "Mothapo said.

After carefully considering anew the issues raised in the ATM’s letters, dated 07 December 2021 and 11 February 2022, Mothapo added that the Speaker declined the ATM’s request on 16 February 2022.

Mapisa-Nqakula welcomes court’s ruling, saying it confirms Parliament’s viewpoint that the urgency on the matter was self-created on the part of the ATM.

During court proceedings on Monday, the Speaker argued that the ATM was aware of her decision not to accede to its request to hold the vote in the motion of no confidence in the President utilising secret ballot since 16 February 2022.

The Speaker also disagreed with the ATM’s contention that her refusal to "review" her decision amounts to a fresh decision entitled to be reviewed by the court, as it affects the earlier decision of 16 February 2022.

The debate on motion of no confidence is scheduled for 30 March 2022 at 2pm in the National Assembly.

More in this category: « Alleged passport fraudsters to remain in custody after case postponed. Ramaphosa to appear before the investigative hearing on July unrest. »
back to top