Zandile Gumede and co-accused' corruption case set down for trial in July. 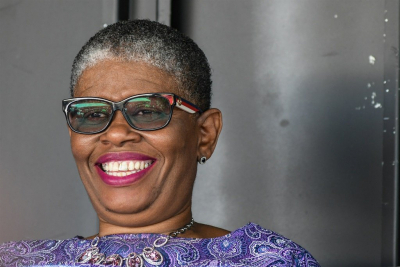 The fraud and corruption case against former eThekwini mayor Zandile Gumede and her 21 co-accused will go on trial starting on 18 July at the Pietermaritzburg High Court.

They face more than 2 000 counts of fraud, corruption, racketeering, and the contravention of the Municipal Finance Management Act (MFMA), linked to an irregular Durban Solid Waste (DSW) tender awarded in 2017, amounting to more than R430 million.

The former mayor and others are accused of colluding with corporate entities and others to circumvent the outcome of the supply-chain management protocols of the eThekwini metro.

The Durban High Court on Tuesday adjourned the case to 18 July, with the trial expected to run from 18 July to 31 August at the Pietermaritzburg High Court.

The matter was previously postponed for the state to respond to requests for further particulars from some of the defence counsel.

During proceedings on Tuesday, this request was acceded timeously and prior to the court appearance by the accused.

However, the National Prosecuting Authority's (NPA) spokesperson Natasha Ramkisson-Kara said counsel advised they would be making additional requests for further particulars to the state.

"In the interim, the responses to the requests for further particulars as well as the pre-trial process will be dealt with by the state and the parties involved," Ramkisson-Kara said.

In its 397-page docket, the state alleges the accused engaged in a criminal enterprise to manipulate the procurement processes of the eThekwini metro to ensure contracts were awarded to specific suppliers and companies.

Gumede allegedly directly or indirectly received 2.8 million in kickbacks from service providers who won the irregular DSW tender awarded in 2017.

The payments all took place while Gumede was still the mayor of eThekwini, and were not disclosed to the municipality as required by law.

After the court adjourned, Njabulo Mchunu, the interim spokesperson for the supporters of Gumede, lambasted the state for the delay, saying it was meant to cast aspersions on Gumede and cripple her political fortunes in the eThekwini region where she wants to return as regional chairperson.

Mchunu said despite that, when the regional conference convenes in two weeks time, they will field Gumede to take on Thabani Nyawose who is also gunning to chair the once powerful ANC region.

More in this category: « Ramaphosa heads to Free State for district development Imbizo. Court postpones former SAA chair Dudu Myeni's case to May 4. »
back to top