PSC express concern over the continued referral of grievances. 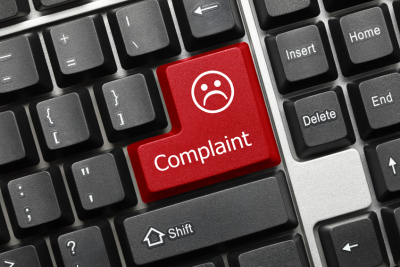 Public Service Commission (PSC) Commissioner, Anele Gxoyiya, says the Commission had up to the end of December 2021, registered 444 grievances including 158 carried over from the previous financial year.

Addressing the media in Pretoria on Wednesday, Gxoyiya said grievances, which were not properly referred, are those that were either being dealt with elsewhere such as bargaining councils and those that were still not finalised in the departments.

"The PSC is concerned about the continued referral of grievances outside the provisions of the Grievance Rules, 2003 as a result it calls upon Labour Relations Officers within departments to ensure that on an annual basis employees are workshopped on these Rules," Gxoyiya said.

"Referral of grievances by employees is an indication that departments have failed to resolve these grievances internally within the prescribed timeframes," Gxoyiya said.

Gxoyiya said the PSC has the mandate to investigate, either of its own accord or on receipt of any complaint, personnel and public administration practices to report to the relevant EAs and legislature.

With regard to corruption, Gxoyiya said 24 650 cases of alleged corruption were reported by callers and whistle-blowers as at 31 December 2021 since the inception of the National Anti-Corruption Hotline in September 2004.

"During the first, second and third quarter of the 2021/2022 financial year, 32 feedback of alleged corruption relating to national departments were submitted to Complaints and Grievance Panel for the determination of the closure and 65 feedback of alleged corruption relating to provincial departments were presented to the provincial panels and closed through early resolution, "he said.

According to Gxoyiya, all the 65 cases relating to provincial departments were unsubstantiated.

Gxoyiya, has also expressed concern on the non-payment or late payment of suppliers, saying this imposes dire consequences on the financial health of businesses.

"Late and non-payment of suppliers can expose departments to costly litigation for non-payment including being ordered to pay interest on late payments resulting in the already scarce financial resources being diverted from priority areas, "Gxoyiya said.

"The PSC has made several recommendations taking into consideration the reasons provided by national and provincial departments, such as misfiled, misplaced or unrecorded invoices that are rooted in the lack of internal controls measures, which refer to not only the systemic issues but also human resources shortcomings, "Gxoyiya said.

Gxoyiya said the PSC supports the decision taken by the President as stated in the 2022 State of the Nation Address of the appointment of the current Chairperson of the Small Business Institute to head a unit in the Presidency to "identify priority reforms for the year ahead, including mechanisms to ensure government departments pay suppliers within the required 30 days" as a response to the plight of small businesses in South Africa.