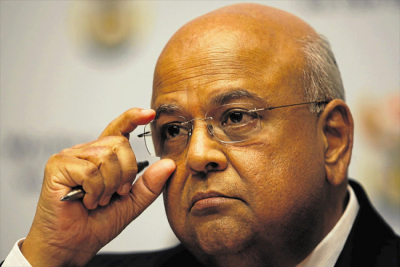 Public Protector Advocate Busisiwe Mkhwebane has released a finalised investigations report as her office began preparing the 2021/22 Annual Report which will carry finer details of the year under review.

It also included a closing report, which the PP's office issues in cases where allegations are unsubstantiated or cannot be corroborated.

This referred to the PP’s investigation into allegations of a breach of the Executive Ethics Code by the Minister of Public Enterprises, Pravin Gordhan.

Shivambu lodged the complaint alleging that Gordhan tried to influence the appointment of his friend, Judge Dhaya Pillay to a position of responsibility in the judiciary during a meeting with the former Chief Justice Mogoeng Mogoeng in Cape Town.

He lodged his complaint in April last year.

Mkhwebane said her office had to close this investigation because Shivambu’s allegations could not be corroborated.

"We have had to close this investigation because Shivambu’s allegations could not be corroborated," Mkhwebane said during a media briefing on Wednesday.

The investigation revealed that when Gordhan and Mogoeng met at the Twelve Apostles Hotel and Spa in Cape Town on April 6 2016, the spokesperson for the JSC had already announced the interview results and it was public knowledge that Pillay had not made it.

"It would therefore be factually or legally impossible for Gordhan to have influenced the outcome of an interview that had already been concluded," Mkhwebane said.

Gordhan's conduct could not be regarded as having been in breach of the executive ethics code, she said.

More in this category: « Warrant of arrest issued for former Eskom executive France Hlakudi. DA motion of no confidence to dissolve Ramaphosa's cabinet fails. »
back to top