ANC optimistic the Mpumalanga elective conference would go ahead. 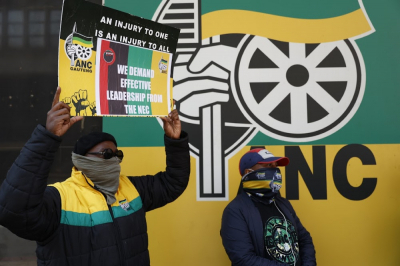 The African National Congress (ANC) has prepared to oppose an attempt to interdict its much-anticipated Mpumalanga conference set to take place on Friday.

"We have received the papers. Our legal team are looking into those and the way we defending the African National Congress and its processes," said ANC spokesperson Pule Mabe.

Mabe added that the conference would go ahead as planned.

Fransisco Vilanculo and Edward Mahlangu filed their urgent application on Thursday, listing the ANC and its national executive committee (NEC), the national working committee (NWC) and the provincial task team as respondents.

In the papers, the duo argue that the NWC, which appointed the task team after provincial executive committee (PEC) was dissolved in February, had no constitutional power to do so.

Lindiwe Ntshalintshali is the convenor of the provincial task team.

They also want the high court to declare that only the NEC has powers to dissolve the PEC and appoint a task team, and not the NWC. Furthermore, the applicants want all decisions taken by Ntshalintshali and her team to be set aside.

Recently the provincial offices were set alight while some of its branch meetings have been marred by violence.

In terms of the conference, Mandla Ndlovu and Ntshalintshali are said to be front-runners for the influential positions of chairperson and deputy chairperson, while murder-accused Mandla Msibi is contesting the position of provincial treasurer.

More in this category: « Zikalala demands answers on incomplete KwaMaphumulo project. New travel benefits for members of parliament published. »
back to top