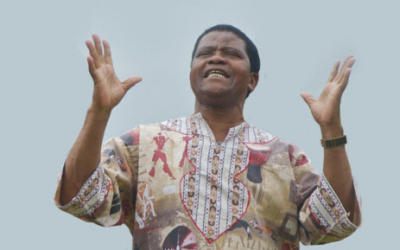 Joseph Shabalala who founded the singing group Ladysmith Black Mambazo in 1960 at the tender age of 18, is being laid to rest in his hometown of Ladysmith in KwaZulu-Natal.

Shabalala died on 11 February in a Pretoria hospital after a long illness. He was 78.

The legend is being honoured with a special official funeral at the Ladysmith indoor sports centre, where President Cyril Ramaphosa is expected to deliver the eulogy.

In 1986, Shabalala and his group collaborated with, Paul Simon in the world-famous hit tracks 'Homeless' and 'Diamond on the Soles of Her Shoes'.

Tweet
More in this category: « Court has set aside a controversial R3.7bn coal supply contract between Tegeta and Eskom. Nelson Mandela, My Life: The Official Exhibition. »
back to top