10-year driving licence plan to be finalised by end of April| Mbalula. 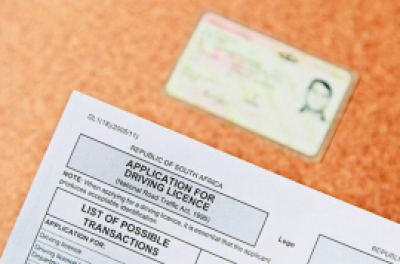 The government is finalising a proposal around the introduction of a 10-year driving licence in South Africa, says Transport minister Fikile Mbalula.

Briefing media on Friday (1 April), Mbalula said discussions around the proposal are expected to be concluded by the end of April 2022.

"As part of our engagements with various stakeholders, the validity period of driving licence cards has been mooted as one of the options we should consider. We have commissioned the Road Traffic Management Corporation (RTMC) to undertake research on possible changes to the renewal time-frames.

"Various countries in the continent have renewal periods that range from two to five years and a number of other countries require renewal at anything from six to 15 years, while others have integrated the driving licence into their identity cards."

Mbalula said the research will look at the correlation between the renewal period and safety on the country’s roads and what factors should be taken into account if we are to revise the current five-year validity period. "This work is already underway and will be concluded by 30 April 2022."

He added that his department was working to extend the operating hours of the Driving Licence Testing Centres in different provinces and open over weekends.

"The Driving Licence Card Account (which is responsible for producing driving licence cards) is already operating 24 hours a day to produce cards, with approval having been granted by the Department of Public Service and Administration for them to exceed the 30% cap on overtime."

The Automobile Association (AA) said this week that the 10-year driving licence was the only practical way forward for the country.

"Along with extending the deadline, the government must now urgently finalise plans to extend the validity period of driving licences from five to ten years," the group said.

"This research should now be completed and is, in our view, the most practical way forward. It’s now incumbent on the government to implement this change as a pragmatic way of dealing with driving licence issues now and into the future."

More in this category: « Completion of Greater Brandvlei Water Scheme will help enhance water security. Rahima Moosa concede patients forced to sleep on chairs due to a shortage of space. »
back to top