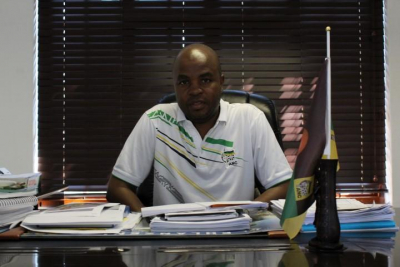 ANC Mpumalanga convener Mandla Ndlovu has been elected the new provincial chairperson of the African National Congress (ANC) in Mpumalanga.

Voting got underway at the party's provincial elective conference in the early hours of Saturday morning in Emalahleni.

Ndlovu is aligned with ANC President Cyril Ramaphosa, while Ndinisa is said to be close to ANC deputy president and former long-time Mpumalanga chair, David Mabuza.

The other elected officials of the ANC in the province are:

Lindiwe Ntshalintshali, who was the only woman nominated for a top five position, was elected deputy secretary, having defeated Charles Ndlovu.

Msibi, who was not present at the provincial conference, stepped aside last year after he was charged with two counts of murder and one count of attempted murder.

He is currently out on R20,000 bail and denies the charges against him.

On Friday, the Johannesburg High Court dismissed an urgent application to halt the conference from going ahead.

In the papers, the duo argued that the NWC, which appointed the task team after provincial executive committee (PEC) was dissolved in February, had no constitutional power to do so.

They also wanted the high court to declare that only the NEC has powers to dissolve the PEC and appoint a task team, and not the NWC. Furthermore, the applicants wanted all decisions taken by convenor Lindiwe Ntshalintshali and her team to be set aside.

However, the ANC refuted this and insisted the decision had been ratified by its national working committee.

More in this category: « It's a two-man race for MP ANC chair as results are about to be announced. Daniel Balepile elected president as NUM elects new leadership. »
back to top