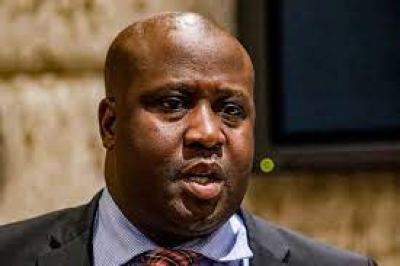 Bongani Bongo and his co-accused briefly appeared in the Nelspruit Commercial Crimes Court for pre-trial purposes on Friday, 1 April 2022.

The accused are facing 69 charges ranging from fraud, theft, corruption, and contravention of the Public Finance Management Act (PFMA).

The case stems from allegations relating to a R37.5-million sale and purchase of a farm in Naauwpoort, eMalahleni by the Department of Human Settlements (DoHS). The State contends this was supposedly done on behalf of the Emalahleni Municipality.

It is also the State's argument that the alleged irregularity took place while Bongo was the head of legal services for the Mpumalanga Department of Human Settlements.

National Prosecuting Authority Mpumalanga Regional spokesperson Monica Nyuswa averred that Singwane and his co-accused conspired to defraud the DoHS over the sale of the two farms, those being Naupoort farm owned by Johan van Tonder and the Fremax Farm.

"Some of the accused acting in concert with the common purpose, exploited the normal phenomenon of the purchase of land by the government by misrepresenting facts to the State (DoHS) regarding the ownership and true sale price," she said.

According to the indictment, the real owner of the Naupoort farm, Petrus Johannes Van Tonder, was allegedly paid R15-million from the R37.5-million.

"The balance of the money was allegedly paid into the trust account of Singwane Attorneys, in their capacity as conveyancers appointed by the department. Van Tonder is said to have paid R15-million commission to Pam Golding as an estate agent for the transaction.

"Singwane, not instructed by the department, is alleged to have paid R22.5-million to Little River Trading, which enabled the accused to successfully steal the money," the State contends.

The indictment also dealt with the transaction where Bongiveli is alleged to have entered into the sale and purchase agreement with Fremax Farms, for a portion of Rietspruit for an amount of R10.5-million. But the Msukaligwa Local Municipality valuation of the portion of the Rietspruit farm was said to be at R1.6-million.

Magistrate Deon van Rooyen postponed the matter to 8-25 November 2022 for trial in the same court.

In terms of the ANC’s step aside resolution, Bongo was removed as chairperson of parliament’s home affairs portfolio committee in August 2021.