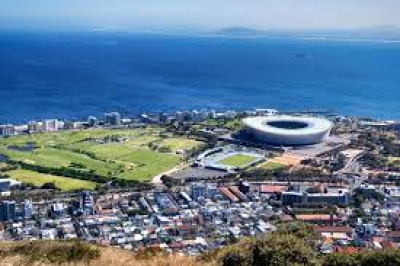 The South African Police Service (SAPS) expects a massive migration of people to parts of Gauteng and the Western Cape in the coming years, which will require it to rapidly scale up its services.

In its annual performance plan, tabled earlier this month, the SAPS said it expects a significant movement of citizens from rural to urban areas over the next three decades.

"The three significant urban regions – Gauteng, Western Cape and eThekwini – will experience the largest increases in population," the SAPS said.

"Significant movement will also take place from villages and small towns to larger, better-connected towns located on major transport routes where the provision of better and more reliable basic services, education, healthcare and policing are and will remain important drivers of migration."

"As such, both large urban regions and rural areas will require government focus and attention. The current positioning of the SAPS footprint in South Africa will be influenced by urbanisation and to this extent, alignment will require the repositioning of police stations to ensure accessibility to the community.

"Additional financial, physical and human resource demands and enhanced technology are, inter alia, matters that need to be considered."

For the period 2016 to 2021, Gauteng and Western Cape are estimated to have experienced the largest inflow of approximately 1.56 million and 470,000 semigrants, respectively.

The Eastern Cape, Limpopo and Gauteng experienced the largest outflow of migrants.

For all periods, the number of international migrants entering the provinces was highest in Gauteng, with the Western Cape ranking second.

The SAPS noted that the ongoing 2022 Census will also be a key empirical resource indicating current trends in inter-provincial migration in South Africa.