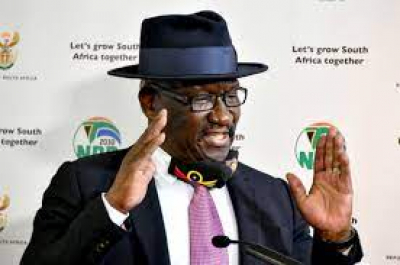 Minister of Police Bheki Cele met with North West residents at the Lonely Park sports ground in Mahikeng over the weekend.

The Crime Prevention Ministerial Imbizo saw residents addressing the minister on drug dealing linked to immigration, corrupt Home Affairs and law enforcement officials and the failure of police officials to act against drug dealers, even when evidence was presented to them.

Cele's second imbizo in the province comes three weeks after he visited the area early last month where residents raised concerns about how gender-based violence (GBV) cases were handled at police stations.

Some residents said they were turned away by officers, while others were left unattended due to a lack of staff on duty.

"In our last visit with the President to this area, you as a community sharply raised concerns around drug-related crime," Cele said.

"As the police, we knew we had to respond and respond fast, especially to allegations around the overall slow response of the SAPS and at times some officers turning a blind eye or even being in the pockets of drug dealers."

Cele has ordered a full clean-up campaign in Mahikeng.

"It is clear, from what we have heard from this community, cleaning up Mahikeng must be done as a matter of urgency," said Cele.

"We are clear on this one, anyone who is in the country illegally must be sent back to where they came from."

Newly appointed National Commissioner Fannie Masemola said they will work hard so they regain the confidence of the communities in Mahikeng.

"We don't have to tell the people here that we are doing good. We will come here and do the work, and they will determine for themselves, whether are we good or not. But surely, we are going to make sure that we are focusing on this area, including the police station which the community complains about. We will do an audit of the station, find out what are the problems are, attend and address those specific problems, and ensure that there is peace in this area."

More in this category: « Zuma's legal team to seek clarity after SCA dismissed prosecution petitions. Mandla Msibi describes the state's case against him as a 'fallacy'. »
back to top