Mandla Msibi describes the state's case against him as a 'fallacy'. 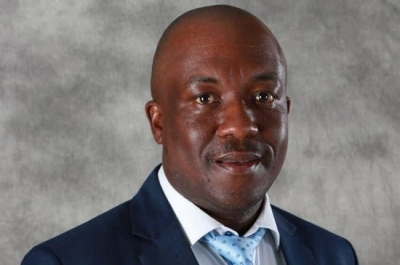 The ANC's step-aside rule continues to haunt its aspirant leaders, with newly elected ANC Mpumalanga treasurer Mandla Msibi, who faces murder and attempted murder charges, expected to be asked to step down from his leadership role.

Msibi was nominated and elected for the treasurer position in absentia at the ANC's Mpumalanga 13th elective conference in eMalahleni this weekend.

This is in line with the governing party's "step aside" resolution, which requires all party members facing criminal charges to step down pending the conclusion of their court cases.

Msibi was asked to step down from his position as Mpumalanga agriculture MEC last year, shortly after he was charged by the National Prosecuting Authority on two counts of murder and one count of attempted murder.

The charges stem from a shooting incident in Mbombela last year, in which two ANC members were shot and killed and another party member was wounded.

He is currently out on R20,000 bail and denies the charges against him.

Msibi on Saturday said he would seek a meeting with the ANC's newly elected leaders in the province, to present them with a recently acquired docket, that he claims clears him of the murder charges.

"You step aside when you are charged. According to my layman's knowledge, I'm not charged here. When I engage with my legal team they share similar sentiments," he said in an interview with eNCA.

Msibi said if he fails to argue his case before the ANC’s new leaders, he would gladly step aside.

He also said he intended to challenge the charges against him in the courts, describing the state's case against him as a "fallacy".

More in this category: « Bheki Cele orders a full clean-up campaign in North West. Iran fully reopens schools a day after two years of Covid-19 closure. »
back to top