ANC to block AfriForum from accessing it's tax records. 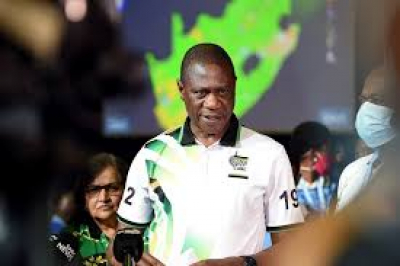 The African National Congress (ANC) is threatening to go to court to block Lobby group AfriForum from accessing its tax records.

This after the lobby group submitted a Promotion of Access to Information Act (PAIA) application to the South African Revenue Service (SARS), requesting the ANC's tax records and returns from 1994 till now.

In its application, submitted last Monday, AfriForum also asked SARS whether the ANC had received any preferential treatment over its alleged unpaid taxes.

The Sunday Times reports the ANC wrote to SARS requesting "an unequivocal written undertaking" within 14 days, that the tax collection agency will not disclose its tax records to AfriForum or any other third party.

The publication said that a letter from ANC attorney, Krish Naidoo, states that the request by AfriForum was an attempt to embarrass the party and apparently portray it as an irresponsible organisation.

This follows media reports that the ANC owes millions of rand in pay-as-you-earn (PAYE) contributions it deducted from its workers, but never paid to SARS.

"We have also been instructed to request an undertaking from your office that in the event that AfriForum institutes legal proceedings against SARS to demand such records, you will immediately inform ANC of such proceedings so that it can join the litigation as an interested party to prevent AfriForum from abusing the constitutionally entrenched right of all South Africans to privacy and from violating SA’s internationally recognised tax administration system," Naidoo’s was quoted as saying.

It was reported last week that the ANC was given an ultimatum by SARS to either settle its unpaid R100 million tax bill or have its assets attached.

But the reports was rubbished by ANC national spokesperson Pule Mabe, describing it as inaccurate, malicious and dubious.

He said the ANC continued to pay all taxes and debts owed to SARS.

"The ANC is neither aware nor informed of such an ultimatum by SARS and therefore dismisses such inaccurate, malicious, dubious and divisive media reports with the contempt they deserve.

"Matters of taxation of the ANC are private and handled by the treasurer general's office who engages with SARS from time to time on such affairs," Mabe said in a statement.

ANC treasurer-general Paul Mashatile could not be drawn into disclosing how much the party owed SARS.

More in this category: « Pakistan PM Khan to face no-confidence vote in Parliament. Livestream: Ramaphosa addresses ANC conference in Mpumalanga. »
back to top