Woman rescued after being trapped in the Jukskei River. 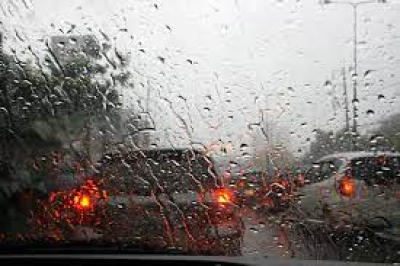 A 40-year-old woman has been rescued after being trapped in the Jukskei River following heavy downpours and floods in Gauteng.

A multi-disciplinary operation including the city of Johannesburg and Gauteng Emergency Services, and South African Police Services (SAPS) water wing rescued the woman on Sunday.

"We just want to urge all our residents throughout the city of Johannesburg to be cautious and try and avoid crossing river streams and manmade bridges during this wet weather to conditions to prevent drowning incidents."

The weather service said there was a 60% chance of showers and thundershowers, especially over Johannesburg on Sunday with more expected on Monday.

Forecaster Kumsa Masizana said hail and localised flooding was on the cards.

The inclement weather could also throw traffic into chaos.

"Motorists are reminded to take extra caution due to the slippery roads as it's likely to be accidents and flash flooding. In Midrand there’s been an accident on the N1 South at the Buccleuch Interchange so expect delays from Allandale Road."

More in this category: « Home Affairs services back online with extended operating hours. Russia hits an oil processing plant near the port city of Odesa. »
back to top