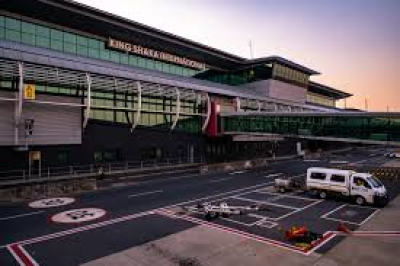 Flights were delayed at King Shaka International Airport on Sunday after a technical glitch in refuelling.

nical problem with the fuel hydrant system on Sunday morning. Re-fuelling had to be done by a tanker. The issue was resolved at 11:30 on Sunday," said Delomoney.

Angry passengers took to social media to complain about their flights being delayed.

"No fuel at King Shaka. So no planes can take off!! I can't anymore," tweeted one user.

No fuel at King Shaka. So no planes can take off!! I can’t anymore ???

Delomoney said that operations had since returned to normal, and that the airport had sufficient fuel stocks.

Sacaa said this comes after "a spate of incidents" with Comair aircraft.

It gave Lufthansa Technik 24 hours, with effect from Monday night, to resolve the issues identified by the aviation regulator.

At the time, British Airways and Kulula were grounded over safety-related issues.

These included incidents of engine failures on two Kulula flights, a landing gear safety incident on a British Airways flight in East London, and a failed take-off in Lanseria.