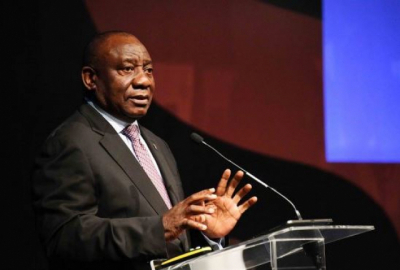 President Cyril Ramaphosa has thanked taxpayers in South Africa after the South African Revenue Service (SARS) announced in its preliminary tax revenue collection outcome that it had collected over R1.5 trillion between April 2021 and March 2022.

Writing in his weekly open letter to the public, Ramaphosa said that without the cooperation of the majority of taxpayers, the latest revenues would not have been possible. He added that the country's tax base has continued to grow with 1.8 million new registrations over the past year.

"We can only rebuild South Africa if we continue to meet this shared obligation, and if we intensify the work currently underway to ensure that these taxes are used wisely and efficiently," he said.

However, the president cautioned that SARS will be ramping up its capacity to target those taxpayers who are not compliant.

"SARS is taking the wind out of the sails of tax dodgers, beneficiaries of the proceeds of crime, and those involved in corrupt activities. It is well-established that 'the taxman' is one of the most efficient tools to combat corruption.

"In cases where an individual’s lifestyle does not match what they declare, SARS has been conducting lifestyle audits. In the last year, SARS has completed lifestyle audits that resulted in the collection of a further R474 million."

On Friday (1 April), SARS announced in its preliminary tax revenue collection outcome that it had collected over R1.5 trillion between April 2021 and March 2022.

This a 25% improvement over the previous year and a 15% increase over the last year prior to the Covid-19 pandemic. Over the same period, SARS also paid out its highest amount in tax refunds since it was established 25 years ago.

Current high commodity prices, resulting in increased corporate income tax revenues, have contributed to the latest revenue collection windfall. What has also played a role are the steps SARS has taken to improve its information technology and other infrastructure, modernise customs, recruit skilled staff, and combat tax avoidance and criminal activity, Ramaphosa said.

"One of the recommendations of the Nugent Commission was that SARS re-establish capacity to monitor and investigate illicit trades. The Illicit Economy Unit that was reconstituted in 2018 has notched up a number of successes in combating illicit economy trades, including through a focus on customs non-compliance," he said.

"Tax collection from JSE listed companies, multinationals and high net worth individuals is now more effectively managed through its Large Business Unit, which was relaunched in 2020."

As we forge ahead with efforts to strengthen the capacity of the state and rebuild institutions that were systematically weakened by state capture, we have much to learn from what Sars has achieved in a relatively short space of time.

When state institutions are well-run and efficient, when they demonstrate credibility and fairness in their operations, this contributes to increasing levels of trust in government. Business and investor confidence also improves, encouraging greater investment and economic growth.