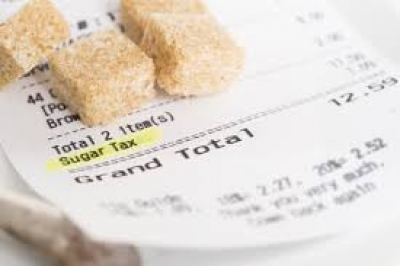 The National Treasury has postponed the increase of the health promotion levy by a year to 1 April 2023.

The change was confirmed in the revised 2022 Draft Rates Bill published for public comment on Friday (1 April). The bill also includes the temporary reduction in the general fuel levy as announced by financial minister Enoch Godongwana last week.

In 2018, Treasury introduced the Health Promotion Levy (HPL) on sugary drinks with more than four grams of sugar per 100 ml.  The rate is currently fixed at 2.1 cents per gram of the sugar content that exceeds four grams per 100ml, i.e. the first four grams per 100ml are levy-free.

The tax, colloquially known as the "sugar tax", is charged on non-alcoholic sugary beverages, except fruit juices, and practically works out to about 10%-11% per litre of the sugary drink. The logic was that, over the long term, the sugar tax would reduce sugar consumption levels, thereby decreasing the prevalence of these diseases – which are currently also placing people at a higher risk of severe forms of Covid-19.

In the 2022 Budget, Godongwana had previously indicated that the health promotion levy for beverages with more than 4g of sugar content per 100ml would be increased from 2.21c/g to 2.31c/g from 1 April 2022.

Consultations will also be initiated to consider lowering the 4g threshold and extending the levy to fruit juices, it said.

Meanwhile SA Canegrowers' Association said the 12-month delay in the implementation of the planned increase of the Health Promotion Levy (HPL) or sugar tax, is a welcome reprieve for the industry and especially small-scale growers.

"In the first of year of its implementation alone, the sugar tax cost South Africa more than 16 000 jobs and R2,05 billion. This is despite government failing to produce any evidence to date that the tax has had any impact on bringing down obesity levels in the country, since it was introduced in 2018," Funke said.

Modelling commissioned by SA Canegrowers with the Bureau for Food and Agricultural Policy (BFAP) showed that maintaining the sugar tax at the current level will still cost the industry a further 15 984 seasonal and permanent jobs and will be a major contributing factor towards a decline of 46 600 hectares of area under cane over the next ten years, Funke added.

While (the) announcement provides some short-term relief to growers, it is critical that government focuses on assessing the long-term implications of keeping the tax in place. SA Canegrowers will therefore continue to engage government in this regard and will continue calling for further research into the impact of the tax on obesity levels as well as on jobs and revenue from 2018 to date," he said.

More in this category: « SACP express concern over the rising high unemployment rate. SAMIM to begin de-escalation mid-April in Cabo Delgado. »
back to top