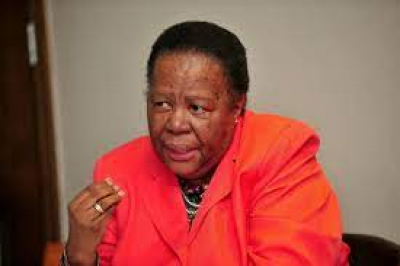 The Southern African Development Community Mission in Mozambique (SAMIM) is expected to begin its de-escalation to Scenario 5 of its deployment to combat acts of terrorism and violent extremism in the northern region of Cabo Delgado Province, in Mozambique.

The SAMIM mandate was extended for a further three months from 16 January to 15 April 2022 with additional capability requirements and additional integral personnel.

Delivering her opening remarks at the meeting, Minister of International Relations and Cooperation, Dr Naledi Pandor, said the Extraordinary SADC Summit in January 2022 made key decisions regarding the SAMIM deployment in Mozambique.

"The Summit extended the mandate of SAMIM with additional capability requirements and additional integral personnel for a further three months and thereafter de-escalation to Scenario 5 up to 15 July 2022.

"In that regard, member states made pledges of the required combat equipment and personnel to support SAMIM operations. An additional budget in support of the SAMIM operations was also approved," Pandor said.

The Minister commended the commitment and support of member states. She said that it signals “the premium we all attach to the fight against terrorism, which continues to threaten the gains that the region is making towards integration and socio-economic development".

Pandor said the Committee was supposed to make recommendations to the Extraordinary Organ Troika Summit Plus, planned for today.

"However, due to the unavailability of the Presidents of Botswana and Mozambique, the Summit segment had to be deferred to a later date, "she said.

Other key decisions of the Summit were the approval of the Framework for Support to the Government of Mozambique in addressing terrorism, which encompasses the thematic areas of Politics and Diplomacy; Economic, Social Development and Humanitarian Assistance; Military, Information, and Intelligence; as well as Public Security, Law and Order.

"These are indeed key steps that would lead to the stabilisation of the affected areas in Cabo Delgado province. The magnitude of our work requires collaboration and support from our mother body the African Union, as well as our International Cooperating Partners, "the Minister said.

The European Union has also approved funding for SAMIM to benefit from the African Union Early Responses Mechanism under the auspices of the African Peace Facility.

"In this regard, we are pleased that the European Union has approved funding for SAMIM…also, the confirmation of the availability of non-lethal equipment at the Continental Logistics Base is welcomed, "Pandor said.

The Minister added that the Secretariat needs to make follow-ups on this matter as the equipment is urgently required in the theatre of operation.

The SAMIM Report has noted the encouraging progress made in its intervention, which has brought stability to most areas.

"We commend the cooperation amongst the forces on the ground. Despite this progress, there continues to be challenges, including the need for the fulfilment of pledged capabilities, and additional resources as this mandate will enter Scenario 5 phase, "the Minister said.

The SAMIM Report also provides an appraisal of the Framework for Support to the Government of Mozambique in Addressing Terrorism.

"There is indeed notable progress in all thematic areas, albeit with some challenges and capacity gaps. I trust that our deliberations today will assist in finding solutions, and closing the gaps. " she said.

Pandor said that they were pleased with the inauguration of the Regional Counter-Terrorism Centre on 28 February 2022 in the United Republic of Tanzania, as an important step towards strengthening the regional security architecture, working in synergy with the Regional Early Warning Centre.

In her conclusion, the minister recognised and appreciated the presence of the SAMIM leadership whose "input is critical to this work."

More in this category: « Government postpones increase in sugar tax presented in budget. Government’s Covid-19 TERS for workers is coming to an end. »
back to top