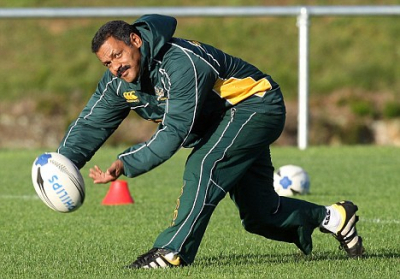 The Good Party and Eastern Province Rugby have both extended their condolences to former Springbok and EP Rugby Coach Peter de Villiers on the sudden passing of his wife Theresa.

Gqeberha police reported on Monday afternoon that they had opened an inquest docket after a 62-year-old woman from Paarl drowned in a swimming pool earlier in the day while visiting relatives in Fairview.

In a brief statement, she said the incident occurred at a house in Redbud Street in Fairview and that the woman's body was found by a family member.

While police have withheld the name of the deceased, messages of condolences streamed in on social media after she was identified as Theresa de Villiers, the wife of the former Bok and EP Rugby Coach.

De Villiers left EP Rugby to join the Good Party ahead of last year's local government elections. The Party extended its condolences to De Villiers on their official Twitter handle.

EP Rugby President Maasdorp Cannon said it was obviously a sad moment for De Villiers personally and for his family. "On behalf of Eastern Province Rugby, the Executive, our members, the clubs and our supporters, we want to extend our heartfelt condolences to Peter and his family. We will keep him in our thoughts throughout this sad experience."

More in this category: « Anger rises over the decision on electricity price hikes. Cyril Ramaphosa set to address the nation on Covid-19 at 20:00. »
back to top