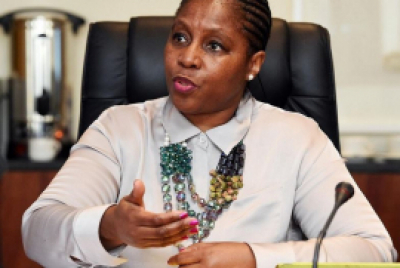 This follows Ayanda Dlodlo's appointment as an executive director on the board of The World Bank in Washington, United States.

Ramaphosa thanked Dlodlo, who has served the government and the nation in various leadership roles.

Dlodlo will be one of three board members representing the interests of 25 African member states.

She holds a Master's in Business Administration as well as a number of postgraduate qualifications in management development, business management and executive development programmes.

She has held several senior positions in various institutions, such as Telkom, Spoornet (now Transnet) and Sanlam, was the head of department at the Department of Community Safety, and the deputy head in the Directorate of Special Operations (the then Scorpions).

The news come after the Democratic Alliance (DA) failed in its bid to have Ramaphosa's Cabinet removed.

Last Wednesday, the DA could not get the required 201 votes for its motion of no confidence to be passed in the National Assembly.

The party tabled a motion in February.

Dlodlo was one of the ministers the DA wanted to be removed from Cabinet.

More in this category: « Cyril Ramaphosa set to address the nation on Covid-19 at 20:00. ANC tells Mpumalanga murder-accused Mandla Msibi to step aside. »
back to top