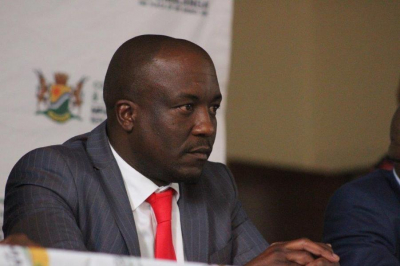 The African National Congress (ANC) Mpumalanga treasurer-general, murder-accused Mandla Msibi has been asked to step aside.

Msibi was nominated and elected in absentia over the weekend. He wrote a letter to the conference accepting the call to become one of Mpumalanga's top officials.

Over the weekend, ANC President Cyril Ramaphosa noted the development and called on the province to reflect on its decision.

A letter addressed to Msibi by acting Secretary General Paul Mashatile, noted that Msibi had stepped aside from his previous role as a member of the provincial executive committee.

It called on him to do the same as an elected official in the province.

He faces murder and attempted murder charges connected to a shooting in Mbombela last year.

In the letter, Mashatile said Msibi had to step down.

"We remind you that the national executive committee at its meeting on 26 to 29 March 2021 reaffirmed the resolution of the 54th National Conference that all members who have been charged with corruption or other serious crimes must step aside, failing which they should be suspended," Mashatile said.

Msibi was removed as MEC shortly after he was charged by the National Prosecuting Authority.

Meanwhile Msibi on Saturday said he would seek a meeting with the ANC's newly elected leaders in the province, to present them with a recently acquired docket, that he claims clears him of the murder charges.

"You step aside when you are charged. According to my layman's knowledge, I'm not charged here. When I engage with my legal team they share similar sentiments," he said.

Msibi said if he fails to argue his case before the ANC’s new leaders, he would gladly step aside.

He also said he intended to challenge the charges against him in the courts, describing the state's case against him as a "fallacy"