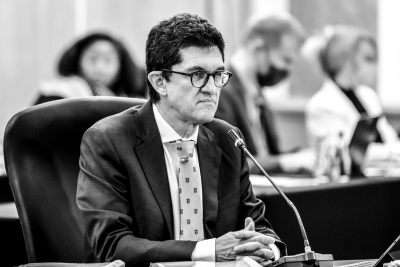 The Judicial Service Commission (JSC) has been making headlines for all the wrong reasons, but under the leadership of newly appointed Chief Justice Raymond Zondo, it is set to interview candidates nominated for positions in various courts.

The newly revamped JSC will interview the shortlisted candidates from 5 until 8 April.

Five candidates will be vying for two posts on the Constitutional Court.

in October, the JSC took a decision to exclude Unterhalter for a second consecutive time from the shortlist for judges to be appointed to the apex court.

Meanwhile, the JSC has shortlisted Judge Ronald Hendricks for the Judge President position in the North West. It has also shortlisted Luleka Flatela for secondment to the Land Claims Court in the Gauteng High Court.

Six people will be vying for two positions in the Eastern Cape Division of the High Court in Gqeberha.

For the one vacancy in the Free State Division of the High Court, the JSC will interview advocate Josephus Johannes Francois Hefer SC, Cathy Luise Page and advocate Ilse van Rhyn.

Five people will be battling it out for the two vacancies in the Limpopo Division of the High Court.

On the last day of the interviews, the JSC will focus on Judge Mjabuliseni Isaac Madondo, who wants to be KwaZulu-Natal High Court Judge President.

It will also interview seven people for three vacancies in the KZN High Court.

More in this category: « Cogta minister gazettes the new rules replacing state of disaster. Government-funded financial aid scheme to release funds to institutions. »
back to top