This is how much Mabuza, Malema and other officials will earn in 2022. 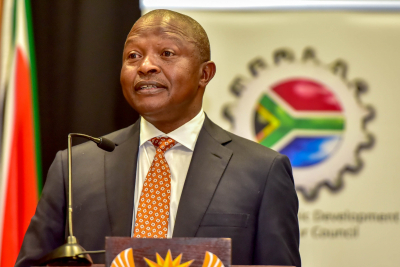 The Independent Commission for the Remuneration of Public Office Bearers has gazetted its recommended salary increases for government officials in 2022.

The commission is mandated to make annual recommendations relating to the salaries, allowances, benefits, and other resources required by some public office bearers to enable them to perform their respective duties effectively.

The recommendations are based on consultations with the minister of finance, the minister of Justice, the chief justice, the lower courts remuneration committee, and the Department of Cooperative Governance and Traditional Affairs.

The commission said it considered the submissions received from various stakeholders relating to the salaries, allowances and benefits of public office bearers. It further considered the fiscal condition of the state considering the Covid pandemic, the state’s wage bill, and how an increase would impact the fiscus.

Among the proposed salaries is an increase for Deputy President David Mabuza, who would take home R2.91 million if the proposal is confirmed.

The commission also proposes an increase for leaders of the opposition parties in Parliament. John Steenhuisen, as the official opposition would take home R1.64 million, while EFF leader Julius Malema and other leaders of minority parties will score R1.38 million.

It should be noted that these salary increases are not final and will need to be confirmed by the president. Parliament is responsible for approving Ramaphosa's salary as president.

In 2020, Ramaphosa, the deputy president, and some members of the cabinet said they would take a 33% pay cut for three months as part of a contribution to South Africa’s fight against the coronavirus, donating the money to the country's Solidarity Fund. The president also opted to freeze wages in both 2020 and 2021 due to the impact of the Covid pandemic.

The proposed salaries are outlined in more detail below.

More in this category: « Gauteng Traffic Police issue a stern warning to hitchhikers. Bonolo Ramokhele appointed as chairperson of SANAC Trust Board. »
back to top