Bonolo Ramokhele appointed as chairperson of SANAC Trust Board. 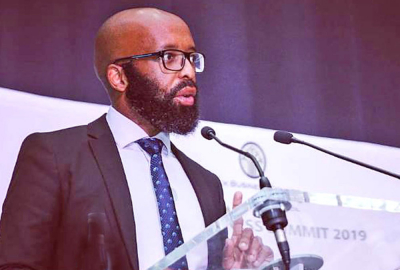 Ramokhele is a Chartered Accountant by profession, and has been serving on the SANAC Board as a Chairperson of the Audit & Risk Committee.

The appointment is subsequent to the resignation of the former Board Chairperson, Dr Yacoob Abba Omar, who has been appointed to the National Planning Commission.

Due to term expiration of some former Trustees, the Deputy President also appointed the following Trustees to fill the vacancies that have been opened up in the Board:

"Our commitment to realise the global vision of ending HIV/AIDS as a public health threat by the year 2030 still remains, and a stable SANAC is critical to realising this goal. Therefore, these appointments will ensure that SANAC is strengthened and enabled to implement the country’s National Strategic Plan towards achieving these goals," Mabuza said in a statement on Tuesday.

The Deputy President has availed his office as well as the SANAC Secretariat to support the Chairperson and members of the SANAC Trust in the execution of their important mandate.

He further thanked the outgoing Board Chairperson, Dr Abba Omar, for his leadership and commitment in steering the SANAC ship during his tenure.

The South African National Aids Council is a Multi-Sectoral body that brings together government, civil society and the private sector to create a collective response to HIV, TB and STIs in South Africa in order to have a South Africa free from the burden of HIV and Aids.

More in this category: « This is how much Mabuza, Malema and other officials will earn in 2022. Ministerial Committee defends Covid-19 regulations amid complaints of government overreach. »
back to top