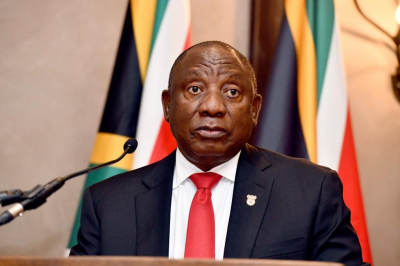 President Cyril Ramaphosa has sent his condolences to the family of legendary South African author, poet and playwright Gladys Thomas who has passed away.

Thomas passed away at the age of 87.

The Order of Ikhamanga in Siliver recipient used her renowned writing ability and outspoken nature as a political tool during the height of Apartheid to highlight the injustices experienced by black people during that era.

Her co-authored anthology, Cry Rage, which was published in 1971 was the first book of poetry to be banned by the Apartheid government.

Ramaphosa said this would be her enduring legacy.

"Rooted in Salt River, Simon's Town and Ocean View, Gladys Thomas’s narration of the struggle of a nation for freedom challenged the construct of 'forgotten communities'. She championed the tribulations and triumphs of people who did not have the means to tell their stories in the distinctive and memorable way in which she took up their plight.

"While she rests in peace, her volumes of creativity will bring us comfort and cause us to appreciate her contribution to our nation, "he said in a statement on Tuesday.

The President said her work as a political and creative activist will remain embedded in the minds of generations that read it.

"South Africa and the south Peninsula of Cape Town where [she] developed and articulated her social consciousness mourn the passing of a truly outstanding South African.

"[She] was deeply affected by the indignity her family was made to endure under the Group Areas Act and other instruments of the apartheid regime. Her experiences gave life to anthologies of poetry, scripts and children’s literature that live on in the consciousness of generations of readers in our country and around the world," said the President.

More in this category: « Cape Town plans to spend R1 billion to end traffic congestion. Diepsloot calm as residents demand more police visibility in the area. »
back to top