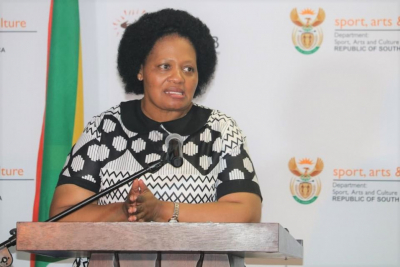 Eastern Cape premier Oscar Mabuyane has suspended the head of the department of education, Naledi Mbude, over the delay in delivering textbooks and the forfeiture of a R200m grant meant for school infrastructure.

This comes amid heavy criticism over the scandal-plagued department's return of an unspent R200 million infrastructure grant to the National Treasury, even though public schools are under-resourced.

We have been reliably informed that in his initial letter to Mbude, Mabuyane focused on the inability of the department to deliver textbooks and on the money lost to National Treasury from the infrastructure grant.

However, the DA in the Eastern Cape said the move raised serious questions.

DA shadow MEC for education in the province Yusuf Cassim, said the suspension of Mbude comes after she revealed several concerns about the department at a portfolio committee meeting on Monday.

According to Cassim, Mbude said she discovered that the department had been deliberately submitting manual orders for textbooks and stationery for years, delaying payment until the next financial year due to insufficient funds in the budget.

Doing so is a violation of the Public Finance Management Act.

The department is conducting a full audit of infrastructure projects, Cassim said.

Cassim said that in her response, Mbude revealed that audits for two districts had been completed and showed discrepancies between what was paid for and what was actually delivered.

Mbude told the committee that the audit was being conducted because the Auditor-General had found that the department did not have an asset register, according to Cassim.

"The DA has submitted follow up questions to the department in relation to these revelations and, if we do not receive the promised written responses, we will pursue Public Access to Information Act (PAIA) applications to bring the truth to light," Cassim added.

He said Mbude's responses provided a glimpse into the extent of the rot inside the department.

"The DA will continue to pursue these issues, regardless of the steps taken to prevent the seething rotten underbelly of a corrupt department from being exposed," said Cassim.

Called for comment, Mabuyane said his office would send out a statement at a later stage about the matter.

More in this category: « EFF want Rupert to commit to processes that will speed up redistribution of land. ANC Treasurer in Mpumalanga Mandla Msibi agrees to step aside. »
back to top