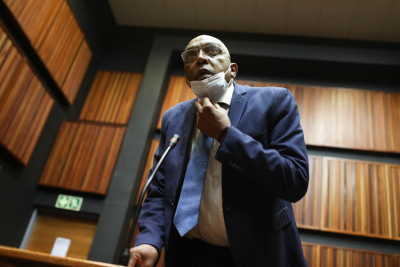 The case against corruption-accused former ANC parliamentarian, Vincent Smith, has been postponed to 5 July 2022.

But the case was deferred to July after his legal team informed the court it needed more time to study a tax fraud docket provided by the State at the last sitting in November last year.

The spokesperson for NPA's Investigating Directorate, Sindisiwe Seboka, said Smith complained that the docket was voluminous and he wanted to consult with tax experts and counsel.

"Smith may bring further applications to the State," Seboka said.

The charges stem from Smith and Euroblitz's failure to disclose taxable income between 9 March 2009 and 11 July 2018, totalling R28 million.

Smith stands accused of corruption in his personal capacity, as well as a representative of Euroblitz, for "gratifications" he received in the form of security upgrades to his home in Gauteng, from corruption-accused company Bosasa.

"The accused also faces charges for accepting cash transferred into his bank account and his company from Bosasa and other people unknown to the state," Seboka said.

Additional charges against Smith included his alleged failure to disclose to Parliaments 'Register of Members' Interest the gratifications, cash deposits and money that was paid to him by Waterfall Golf Estate and CLIDET 69.

More in this category: « North West govt to build 97 houses for military veterans. New bidding round opens for renewable energy projects. »
back to top