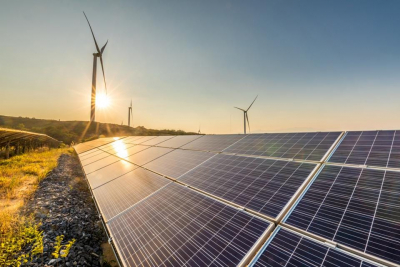 The announcement comes as the government increasingly looks to renewable energy resources such as solar and wind as it plans to phase out its long-term reliance on coal. The window is expected to procure a further 2,600MW of renewable energy from Independent Power Producers (IPPs), of which 1.6 GW is wind energy in line with the gazetted IRP2019.

According to the notice published on the IPP Office's website, bid submissions will be accepted until 11 August 2022 at 17:00.

The bid window has been welcomed by the South African Wind Energy Association (SAWEA) which it said is a step towards addressing energy security and further stimulating the role of the wind sector in South Africa's development objectives.

"The announcement to open BW6, calling for proposals from IPPs, adds vitally needed power capacity to the country, which continues to struggle with a strangled energy supply that is preventing the necessary economic recovery that South Africa so badly needs.

"This also adds impetus to the sector’s push for industrialisation, which relies on rolling procurement in order for the industry to attract the necessary market investment and reduce risk," said Niveshen Govender, chief executive of SAWEA.

"We can harness our abundant potential of increasingly cost-competitive renewable energy to service the growing demand for electricity and avoid a potential fossil-fuel lock-in, in addition to local and foreign investment.

Furthermore, renewable technologies present the potential for the creation of new industries, job creation and localisation across the value chain."

The latest climate change mitigation report by the Intergovernmental Panel on Climate Change highlights the need to phase out fossil fuels, in order to limit global warming. It also indicates that the cost of renewable energy like wind and solar has declined significantly in the past decade, while their uptake has increased.

More in this category: « Vincent Smith's tax, fraud & corruption case postponed to July. SABC apologies to the communications minister over analogue signal switch-off. »
back to top