SABC apologies to the communications minister over analogue signal switch-off. 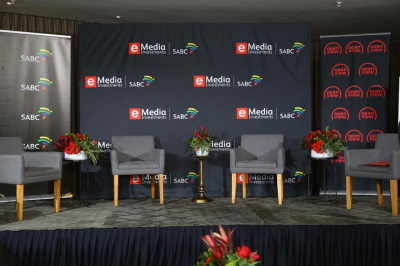 The SABC board has apologised to Communications and Digital Technologies Minister Khumbudzo Ntshavheni for jumping the gun in airing its concerns about the broadcaster's state of readiness for the planned analogue television signal switch-off.

In a statement, issued on 25 March, SABC labelled government's plan to switch off analogue broadcasts by that date as "premature" and an "unsustainable risk" to the rights of millions of indigent South African households. (The high court, handing down judgment in a case brought by e.tv, has since forced the minister to delay the switch-off until the end of June.)

The SABC criticised the 31 March switch-off plan, saying that although it had already switched off analogue broadcasts in five provinces, the remaining four – Gauteng, KwaZulu-Natal, the Western Cape and the Eastern Cape – were home to 68% of South Africa’s population. It said that, as of February 2022, only 165 000 government-subsidised free set-top boxes had been delivered in the four provinces, out of a total of 2.9 million qualifying indigent households, representing just 5.7% of the total.

The SABC has now, however, issued a public apology to the minister, saying its 25 March statement on analogue switch-off "may not have exhausted the agreed procedures (the shareholder’s compact between the SABC and the government of the Republic of South Africa) regarding engagements with the minister".

"The SABC apologises to the minister for this oversight. The SABC will, in compliance with all applicable laws and regulations, continue to adopt an approach that balances the needs and expectations of the shareholder in a way that the SABC board independently believes best serves the interests of the SABC in meeting its public mandate," it said.

The broadcaster said that in the litigation against the minister over the analogue switch-off, e.tv (and fellow litigants Media Monitoring Africa and the SOS Coalition) "inappropriately used and continue to use" the SABC's 25 March media statement "in pursuance of their litigation".

However, the SABC board does not appear to have retracted its 25 March statement, which remains on its website even after the minister had demanded that the SABC board withdraw the statement.

Meanwhile the Independent Communications Authority of South Africa (Icasa) has given the SABC the green light to charge pay-TV services for its free-to-air broadcasts.

Subscription broadcasting services (SBSs) must carry specific channels from the public broadcaster. The recently gazetted changes stipulate that the SABC now also has the right to negotiate carriage charges for these channels.

Pay-TV providers must carry SABC1, SABC 2, and SABC 3. These channels were previously broadcast on satellite TV platforms like DStv at no additional cost to them.

Channels that are optional for pay-TV providers to carry include SABC Sport and SABC Education.

The change comes even though MultiChoice said it had spent millions to carry the SABC's channels on DStv since 2008, while the public broadcaster has not paid a cent.

According to MultiChoice, the SABC generates more than R500 million each year in advertising revenue from its presence on DStv.

Icasa decided that the commercial terms for the SABC’s three must-carry channels should be negotiated by public broadcasting services (PBS) and pay-TV licensees without interference from the regulator.

More in this category: « New bidding round opens for renewable energy projects. Cele vows to solve Diepsloot long-standing grievances. »
back to top