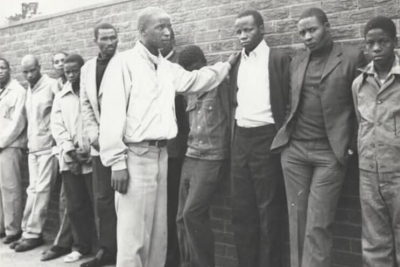 The family of struggle activist Solomon Kalushi Mahlangu want an inquest opened to establish facts around his trial, sentencing and hanging.

The struggle activist was hanged on 6 April 1979 after being found guilty of murder.

The 22-year-old never fired a shot but was charged for having a common purpose to commit the crime.

During the 43rd commemoration of his death at the Mamelodi West Cemetery, where his grave is located, family members and the ANC Youth League (ANCYL) Nonceba Mhlauli said there were varying versions of Mahlangu's death.

Mhlauli said: "The Mahlangu family has reservations regarding the death of the struggle icon, and opening an inquest would be the best way of giving them peace of mind.

"It is the family that want to open the case, and the ANC Youth League is here to support them. We want our history to be captured right, and part of that means knowing how Mahlangu died.

"There are two versions of how he died; one is the official story that he was hanged and another version from the family that he was finished off by three bullets," added Mhlauli.

Mahlangu's nephew, Gideon Mahlangu, said the "history of this country needs to be captured correctly, and this has not been done with Solomon Mahlangu".

"This inquest needs to be done so that we can get closure."

He added it was through an inquest that Ahmed Timol's family got the closure it needed, and "the family also believes that we could get closure from this endeavour".

Ahmed Timol, an anti-apartheid activist in the underground structures of the SACP. An inquest in 2017 overturned a finding that Timol died by suicide, jumping  out of a window while being detained at John Vorster Square in 1971. In 2018, an inquest found that Timol did not kill himself  but had been murdered by apartheid police.

More in this category: « Cele vows to solve Diepsloot long-standing grievances. Sanef appalled by shortlisting of Tembisa 10 story for global award. »
back to top