Sanef appalled by shortlisting of Tembisa 10 story for global award. 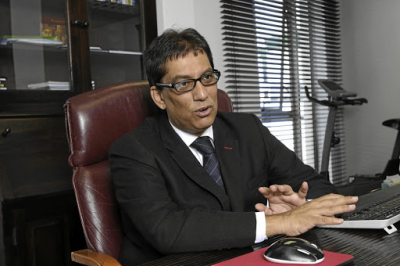 The South African National Editors' Forum (Sanef) says it is appalled at the retention of a "false report" about the Tembisa 10 as a shortlisted piece of journalism for the upcoming Global Media Awards.

The story, first published by Independent Media' last year is entered under the category, "Best Use of Social Media" in the International News Media Awards (INMA).

The newspaper ran an "exclusive story" last year about a 37-year-old woman who apparently earned her place in the Guinness Book of Records after carrying and delivering 10 babies.

After much speculation on whether the story was true or not, it was later confirmed by the family and the Gauteng Health Department that the woman by the name of Gosiame Sithole was in fact not pregnant and there were no 10 babies.

However, Independent Media editor Piet Rampedi stuck to his guns and said he believed that Sithole was pregnant with 10 babies and even went as far as to claim that criticism of his reporting was a personal attack on him.

Sanef said it has written to the INMA to express its concern, but despite this – the video series remains one of the nominees.

"We urgently call on the INMA, as a business associated with reputable publishers worldwide, to immediately remove the shortlisting of this piece from this category, further noting how Independent Media’s own internal ombudsman, in a ruling dated 5 July 2021 flagged the initial story as having 'failed to pass the basic principles of journalism’ and amounted to a 'hoax'."

"We also find it entirely unsatisfactory that in its response, the INMA says the judges were ‘judging the quality of the social media campaign – not the story itself'," Sanef said.

According to Sanef, the INMA stated it is "not in a position to reverse their jury’s decision to shortlist the social media campaign, given the information at their disposal during the judging process in February 2022, the additional context surrounding the story will be weighed in the ongoing process to select winners which will be announced by INMA in June 2022."

"This response is unfortunately not good enough for Sanef, as it legitimises a campaign borne out of a story that has been proven not only to be ludicrous, but also an embarrassment to South African journalism."

Sanef said the same newspaper group, a paying member of INMA, continues to publish more stories that seek to purport the legitimacy of the decuplets' so-called birth.

"It is important to note that the 10 babies are still to be seen and no proof has ever been provided that they do in fact exist. This report has no basis in truth, is factually inaccurate and contributes to the spread of disinformation, deliberately misleading audiences."

Sanef said the story about the decuplets is not only fake, but also dangerous as it seriously sets back the advances made by the country in protecting women and children, adding that ethical journalism and building public trust are the cornerstones of good journalistic practices and the article fails at both.

Thomas Baekdal, who is one of the media experts judging the 2022 Inma Global Media Awards, spoke out publicly on Twitter about Independent Media’s entry, stating: "This should very clearly render the entry invalid."

What the actual... @INMAorg. I am one of the juries for this year's award (although not in this category), and this should very clearly render the entry invalid. https://t.co/EV4vW2BPFl

Inma announced 333 finalists for its 2022 Global Media Awards on 8 March, with the theme "How to capture audiences and keep them close to the brand".

The winners will be announced on 9 June, but judging was held in February by 50 media experts from 24 countries.

More in this category: « Solomon Mahlangu family calls for inquest into struggle icon's death. One person killed in overnight mob attack in Diepsloot. »
back to top