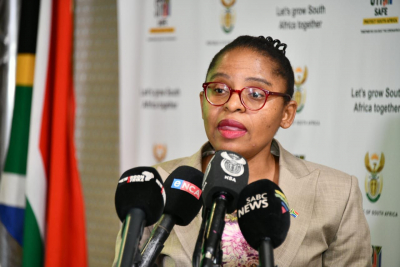 The department of communications and postal services is finalising plans to transition the Postbank into a full-service bank.

While the government-owned Postbank already accepts deposits, it is expected that the new company will offer full-service features and focus on previously disadvantaged South Africans

In a 2021 presentation to parliament, the department said this new controlling company is expected to provide for the inclusion of financially excluded members of the public to participate meaningfully in economic activities. It is also expected to provide a facility for some of the government’s financial services.

While the new Postbank will be state-owned, the process is separate from the ANC government’s recent push to introduce a new state bank.

In his 2020 state of the nation address, president Cyril Ramaphosa said his government was moving forward with the establishment of a state bank as part of our effort to extend access to financial services to all South Africans.

Former finance minister Tito Mboweni has also been a big proponent of a new state bank which he said will help support the emergence of black agriculturists and black industrialists.

However, the government has seemingly cooled on the proposal over the last year. In March 2022, finance minister Enoch Godongwana ruled out the creation of a new state bank, saying the country lacked the money needed to back it.

The government-owned Post Bank already accepts deposits and if another lender were to be established, it would have to be self-funded, Godongwana said.

More in this category: « One person killed in overnight mob attack in Diepsloot. Livestream: Julius Malema appearing at Randburg Magistrate Court. »
back to top