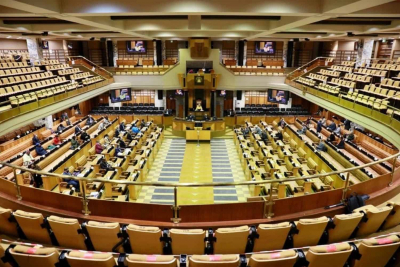 The Mangaung Metropolitan and Enoch Mgijima Local Municipalities have been placed under mandatory intervention, after experiencing significant financial and service delivery failures for a long period.

According to a Cabinet statement, post its meeting held on Wednesday, the Mangaung Metro has been experiencing "significant financial and service delivery failures" for a prolonged period.

The controversial Enoch Mgijima Local municipality has also been placed under administration.

Section 139 of the Constitution gives the national government the authority to take over all municipal governance when it has failed to deliver basic services as mandated.

"To give effect to the assumption of responsibility, National Cabinet Representatives (NCR) will shortly be deployed to both municipalities. The Minister of Finance will delegate powers to the NCR and will also be supported by a multidisciplinary team of experts," read the statement.

Cabinet added that no decision has yet been taken to dissolve the municipal council in terms of Section 139(5)(b) of the Constitution.

Minister in The Presidency Mondli Gungubele, together with Finance Minister Enoch Godongwana and Cooperative Governance and Traditional Affairs Minister, Dr Nkosazana Dlamini Zuma, is expected to hold a media briefing next week to outline the national intervention.