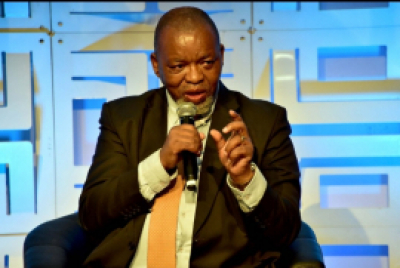 Mantashe, was speaking at the Platinum Group Metals Industry Day held at the Johannesburg Country Club in Auckland Park on Wednesday.

"The new global dispensation of green energy offers South Africa a rare and tremendous opportunity to become a global leader in the production of hydrogen, as well as fuel cells. This is primarily because South Africa holds nearly 80% of the world’s platinum reserves. It is the leading global supplier of primary mined PGMs (Platinum Group Metals), accounting for approximately 80% and 40% of the world’s platinum and palladium supplies, respectively," he said.

"Undoubtedly, the future PGMs demand will largely be driven more by the implementation of tighter emissions legislations, which will boost platinum use in autocatalytic converters in the short to medium term.

"In this context, the… PGMs commodities are poised to make a significant contribution to domestic and global economies. They provide our country with a comparative advantage, thereby enabling South Africa to benefit in the trade of these commodities, "he said.

According to Mantashe, government is planning to establish a platinum valley project and has already embarked on a hydrogen valley feasibility study to take full advantage of the opportunity.

"[The] demand for platinum in hydrogen-fuelled cell powered vehicles is expected to increase. Government has announced plans to establish a Platinum Valley project that will be built as a new industrial cluster for South Africa. We must support the conversion of truck diesel engines into hydrogen powered vehicles…this will enhance demand not only for PGMs but also the technologies to be championed.

"South Africa’s hydrogen valley will identify stable and established project opportunities for kick-starting hydrogen initiatives in promising hubs, with the aim of boosting economic growth and job creation. This in turn is set to spur the development of circular industries, increasing local platinum demand, and reducing its carbon footprint," Mantashe said.

The Minister said the industrial corridor project is expected to start in Limpopo and "continue through the Johannesburg-to-Durban corridor".

"These initiatives are poised to be trend setters in the application of PGMs as green source of energy. This requires bold leadership on our part as government and as the private sector, "he said.

More in this category: « Mangaung, Enoch Mgijima Municipalities placed under national administration. Heads of Mission tasked with leading drive to promote SA abroad. »
back to top