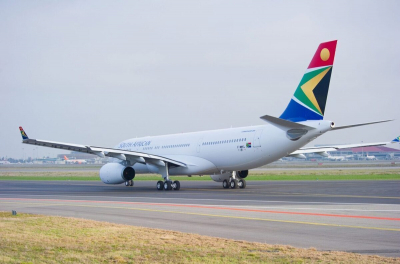 Kenya Airways Plc and South African Airways are planning a series of investor roadshows to help find a financial backer for a combined airline group they aim to create next year.

The campaign to attract a majority investor for a holding company to be modeled on British Airways and Iberia owner IAG SA is likely to start before the end of the northern-hemisphere summer, Kenya Airways chief executive officer Allan Kilavuka said in an interview on Thursday. Events will be staged in Africa, London and the US.

The governments of Kenya and South Africa plan to take a minority stake in the venture, which has the working name Pan-African Airline Group, Kilavuka said. The carriers are also seeking to recruit a third member from West Africa, most likely in Nigeria, Ghana, Ivory Coast or Senegal, he said.

"There has been cooperation in the past but only short-term steps like interlining," the CEO said at the CAPA Airline Leader Summit in northwest England."What we are talking about now is very different. African aviation is so fragmented with 200 or 300 airlines, but only a handful are viable and even they are not very strong."

The push to create an enlarged airline out of sub-Saharan Africa’s second-and third-biggest carriers — they trail Ethiopian Airlines Group — began last year with a government-level accord followed by an agreement on a strategic framework for the company.

Kilavuka said the focus is on securing backing from a financial institution rather than an industry partner like a Gulf carrier, as that might compromise plans to split long-haul flights between their respective hubs.

According to one scenario, SAA's Johannesburg base would be a focus for southern-hemisphere operations, such as flights to Sydney, while operations to Asia would go through Nairobi. The hubs would be able to maintain some competing flights, and cities such as London would get services from both.

A spokeswoman for SAA didn't immediately respond to a request for comment.

"Following discussions between the two governments, there have been exploratory talks between the airlines," South African Public Enterprises Minister Pravin Gordhan said by text. "There is certainly scope for a well considered pan-African airline group."

Kilavuka said that Kenya Airways needs to complete a restructuring before the new venture can proceed, though a round of cost cuts should be done by June. The government, as the biggest shareholder, is supporting the process but requires the carrier to reduce its network, fleet size and workforce, Treasury Secretary Ukur Yatani said in his budget speech Thursday.

As for taking a share in the combined airline group, it's "a work in progress," Joseph Njoroge, principal secretary of state for the Department for Transport, said by phone.

Kenya Airways and SAA are meanwhile collaborating more closely than ever before, Kilavuka said, implementing code-share agreements and mutual lounge access and examining the case for a cost and revenue sharing joint venture on the Nairobi-Johannesburg route.

Other areas of cooperation could include joint training and maintenance, while surplus Boeing Co. 787 wide-body jets from the Kenya fleet may be operated by SAA after the South African firm's aircraft roster was reduced after a lengthy spell in bankruptcy protection. The government, having been forced into repeated bailouts of the flagship carrier, sold a majority stake to a local jet-leasing company and private equity firm last year.

It's also possible that the carriers will take steps to consolidate their alliance membership, with Kenya Airways quitting the Skyteam group or SAA exiting rival Star, Kilavuka said. The Dutch arm of Air France-KLM could also exit its roughly 7% holding in the Kenyan company, he said.

More in this category: « Police deploys more specialised units with 28 arrests in Diepsloot overnight. Mpumalanga to host the celebrations of the 2022 Freedom Day. »
back to top