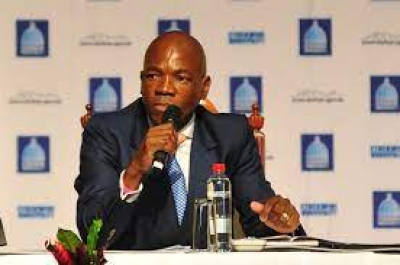 The eagerly awaited African National Congress (ANC) eThekwini regional conference is expected to get under way in Durban this weekend.

The eThekwini conference will take place at the Inkosi Albert Luthuli ICC while the Harry Gwala region will hold its elective conference at the Kokstad Youth Centre.

Since 2018 the ANC eThekwini region has been led by the task team after its previous leadership, including chairperson Zandile Gumede, the former eThekwini mayor, was recalled over poor performance.

The two contenders for political power in the ANC's eThekwini region have allayed fears that the crucial elective conference kicking off at the Durban ICC on Saturday will descend into chaos.

Thabani Nyawose and Gumede are the main contenders for the position of chairperson of the powerful eThekwini region.

Gumede is leading a slate where her deputy will be Thembo Ntuli and the regional secretary position will go to Musa Nciki. His deputy will be Nkosenhle Madlala, who is a senior ANC councillor in the eThekwini municipality. Zoe Shabalala will contest as regional treasurer.

In the other slate, Nyawose will be the regional chairperson and his deputy will be Mthunzi Dlamini.

The two have been having private meetings to ensure that the conference goes ahead, and whoever loses accepts the result.

Nyawose said "that the issue of policy would take on greater significance at the party's national policy and elective conferences that are scheduled for later this year. So far I am satisfied with all that has been done.

"If I lose the conference I will accept the results, and I will be bound by the conference resolutions… In the ANC there is no winner or loser… by the way I have been a loser several times, yet I soldiered on," Nyawose said.

Speaking about the conference, Gumede said all she wants is to see the eThekwini region having an elected leadership after years of a vacuum.

"The conference is for delegates and of course I want it to be a success. I want it to elect leaders and take policy resolutions that will take the ANC forward. I want to see the region having an elected leadership," Gumede said.

Asked whether she would accept the results should she be defeated, she said yes.

"That is what (accepting conference results) we were taught in the ANC. If everything has been conducted accordingly, I will have no problem with accepting the results of the conference," she said.

The two biggest branches of the ANC in the country – located in the region – will not have voting rights.

The wards, 1 in KwaXimba and 91 in Hammarsdale outside Durban, partly because of infighting, have several times failed to convene their branch general meetings to nominate their preferred candidates ahead of the crucial regional conference, hence their delegates will have no right to vote.

The branches failed to meet their deadline, even after late last month, the provincial working committee of the ANC opened two fresh windows for all the 28 (out of 111) previously disqualified to try to convene again and nominate their preferred leaders.

Around 2017, ahead of the Nasrec conference, the once-influential ward 1 had about 4 000 members (its membership now stands at 891) and it brought the largest voting delegation to the elective conference, where it was backing the slate of Dr Nkosazana Dlamini Zuma.

Currently, ward 91 has about 1800 members, making it the biggest in the country and in the eThekwini region, dislodging the KwaXimba branch.

More in this category: « Government's stance at UN doesn't mean it condone the conflict in Ukraine | Pandor. 25 Immigration officials to be deployed in Diepsloot. »
back to top