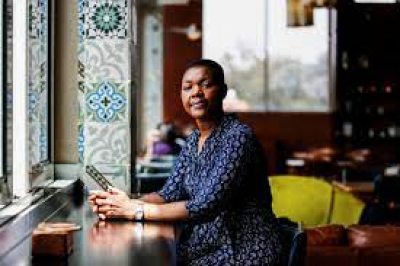 The South African Broadcasting Corporation (SABC) says its Board has adopted a report of the Special Committee which found allegations by former Group Executive for News and Current Affairs Phathiswa Magopeni against Board Chair Bongumusa Makhathini to be unsubstantiated.

Magopeni was fired by the public broadcaster in January after a disciplinary hearing relating to an airing of a Special Assignment episode which had been interdicted and should not have been aired.

She lodged a grievance last year after the SABC started a disciplinary process against her concerning the Special Assignment matter. She lodged the grievance against Makhathini regarding two incidents of alleged interference by the board chairperson while she was head of news.

On Friday, the SABC, in a statement, said the report found Magopeni's allegations against Makhathini were "unsubstantiated".

The report recommended that all SABC Board members should be cautioned about engaging with SABC News staff on editorial issues.

"If it is necessary for a board member to engage with SABC employees, such engagement should be done transparently and with the knowledge of the SABC Board."

The report said the broadcaster needed to consider developing a clear policy on how board members should engage with SABC News with regard to editorial matters outside formal SABC processes.

"This will assist in ensuring that engagements between a board member (regardless of the capacity in which the engagement is made) and SABC journalists and editors in matters that are editorial in nature are not per se regarded as interference or breach of the editorial policy. Notwithstanding the aforegoing, SABC News editors and journalists need to strictly apply the SABC Editorial Policy regardless of who is involved."

The last recommendation was that news staff be reminded of their obligations in terms of the editorial policy and be encouraged to report any breach of the policy.

The report said the allegations against Makhathini couldn't be compared to what happened when there was a Commission of Inquiry, led by Joe Thloloe, into interference at the SABC.

The inquiry was established after irregularities were identified by the Public Protector, an ad-hoc committee of Parliament and complaints lodged with the Independent Communications Authority of SA.

Thloloe's report, which was released in 2019, found there was a lot of interference by executives, board members and some politicians in editorial matters.

The SABC board said the report had made a number of recommendations that will assist in improving the SABC’s editorial policies.

The report concluded that Makhathini’s actions in the matter did not constitute misconduct as envisaged in the Broadcasting Act.

More in this category: « Court grants bail to suspect linked to Esther Mahlangu attack. E.tv heads to constitutional court in fight over analogue signal switch-off. »
back to top