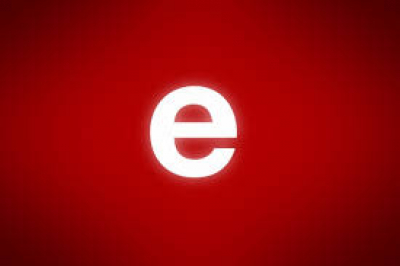 Free to air channel e.tv has made a direct application to the Constitutional Court to appeal the dismissal of its bid to scrap the government's end of March deadline for the country's migration from analogue to digital television signal.

E.tv filed papers earlier this week with the country's apex court, seeking to appeal the judgment that forced communications minister Khumbudzo Ntshavheni to delay analogue switch-off, but only by three months – from 31 March to 30 June 2022.

Failing the direct appeal to the constitutional court, the broadcaster is also approaching the high court, conditionally, for leave to appeal the matter to the supreme court of appeal.

If successful, the move could delay the allocation of radio frequency spectrum currently used by broadcasters to telecommunications operators that agreed to pay for access to the frequencies in last month’s spectrum auction conducted by communications regulator Icasa.

E.tv had been hoping for much more time than the high court allowed to complete analogue switch-off, arguing that millions of indigent households risked losing access to free-to-air television. It warned of significant negative implications for broadcasters, including e.tv and its parent eMedia Investments, if this were to happen.

The high court judgment was largely seen as a victory for Ntshavheni, who said in a media statement last week that she was "elated" by the outcome and urged e.tv to "from further attempts to derail the process of digital migration".

She said, too, that the additional three months was "sufficient time" to complete the installation of government-subsidised free digital set-top boxes in qualifying indigent households.

In the papers lodged with the constitutional court, e.tv said it approached the court directly and on an urgent basis "to protect the rights of millions of indigent South Africans".

In a founding affidavit, eMedia Investments group executive for legal and regulatory affairs Philippa Rafferty said: "The central issue in this case is the constitutional rights of millions of indigent and vulnerable South Africans who are reliant on analogue television broadcasting to access news, information and entertainment. These millions of South Africans are imminently to have their television signals cut off through a precipitous and unlawful analogue switch-off by the minister … in violation of their constitutional rights.

In brief, e.tv asserts that the minister bears an obligation under section 7(2) of the constitution not to retrogressively deprive South Africans of rights that they have previously enjoyed, including the right to receive information, a component of the right to freedom of expression.

More in this category: « Phathiswa Magopeni's allegations against Board Chair unsubstantiated| SABC. King Zwelithini's sister Princess Thembi Zulu-Ndlovu passed away. »
back to top