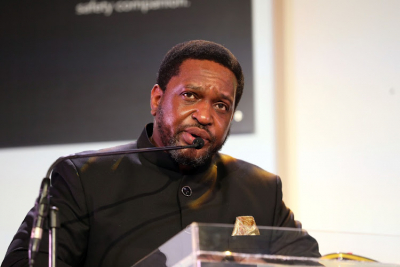 The late King Goodwill Zwelithini's sister died at a Newcastle hospital on Friday.

She was among the family members who opposed the regency of Misuzulu.

The King said although they did not always agree, she was still family.

The King has also called for unity in the wake of the ongoing divisions with the royal family over the throne.

He made the plea during the meeting of the royals in Ulundi on Saturday, 09 April.

Meanwhile, a preliminary date for King Misizulu's coronation has been set for 28 May.

President Cyril Ramaphosa has confirmed that he will be attending the ceremony.

The letter dated April 4 makes reference to the invitation sent to Ramaphosa in March to attend the coronation.

"I have noted that the royal family has decided to host the ceremony by the end of May 2022 at the Enyokeni Palace. This letter serves to confirm my availability to participate in the said event, "read the letter.

Despite legal threats, government and the Zulu royal family are forging ahead with the coronation of new Zulu King, Misuzulu kaZwelithini.

While the preparations for the coronation of the new King was now in full swing, his spokesperson, Prince Thulani Zulu, said discussions around the venue where the coronation would take place were continuing. "That matter has not yet been finalised," he said.

There has been speculation that the event would be held in Durban.

According to sources, the idea to hold the event in Durban came after it was realised that most of the high-profile guests, which includes royal family members from outside the country, would find it difficult to find their way around the rural town of Nongoma.

More in this category: « Zikalala deliver a hard-hitting speech & takes a swipe at RET faction. Joburg electricity infrastructure targeted as municipality battle to protect it. »
back to top