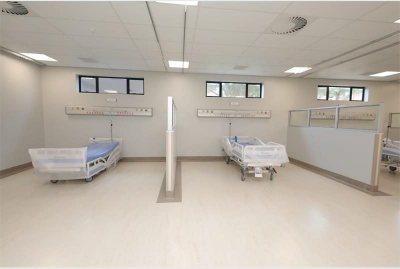 The Gauteng Department of Education has expressed concern after several pupils were hospitalised after consuming cannabis-laced edibles.

"It was established that these learners consumed 'space cakes' sold by another Grade 12 learner, who is now suspended as a result of breaking the school’s code of conduct and endangering the lives of his fellow learners, "Lesufi said.

The principal of Randfontein High School, west of Johannesburg, has suspended a pupil for selling 'space cakes' to his fellow matrics, who ate them, got sick and had to be hospitalised.

In a report to the Gauteng education department, principal Amy Appelcryn said the case first become known when a grade 12 learner entered the school office complaining that he did not feel well. He said he had eaten two space cakes he had bought from another pupil.

"Shortly after that he started losing consciousness. The school contacted an ambulance and took him to hospital," Appelcryn reported.

The school’s head of discipline began investigating and found other grade 12s were also starting to feel ill.

On Saturday,in a separate incident, four Grade 12 learners from Mamellong Secondary School in Tsakane, Ekurhuleni were also alleged to have purchased 'space cakes' on their way to their tutorial classes. They consumed them and were eventually sent to hospital, Lesufi said.

"We are really concerned and dissatisfied at the ongoing consumption of these 'space cakes' where learners become sick. We urge learners to refrain from purchasing or consuming unknown substances that put their health and lives at risk.

"The conditions of these learners is being closely monitored to ensure their speedy recovery and safe return to their families."