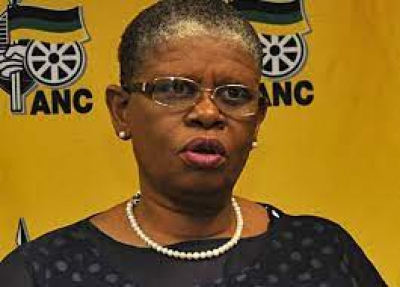 Gumede, who is facing corruption charges, defeated ANC eThekwini Municipality Speaker, Thabani Nyawose, who was contesting for the same position.

The faction is opposed to President Cyril Ramaphosa  getting a second term at the upcoming ANC national conference scheduled  to take place in December.

The eThekwini ANC regional conference was left hanging in the balance and on the verge of collapse earlier today until it was salvaged by a provincial party steering committee.

This was resolved when the steering committee decided that they would not vote.

A win for Gumede's slate is seen as a massive win for former health minister Zweli Mkhize, who is gunning for a position at the helm of the party.

He, together with suspended Magashule and beleaguered ANC Women's League president Bathabile Dlamini, were in Durban rallying delegates who support Gumede.

More in this category: « GED warns of more pupils consuming 'space cakes' in Gauteng. Ramaphosa condemns attacks on foreigners as anti-immigrant sentiment flares up. »
back to top